"And divided tongues as of fire appeared to them and rested on each one of them.
And they were all filled with the Holy Spirit and began to speak in other tongues as the Spirit gave them utterance...
And at this sound the multitude came together, and they were bewildered, because each one was hearing them speak in his own language."
- Acts 2:3-4, 6 (ESV)

What a wonderfully mysterious event! 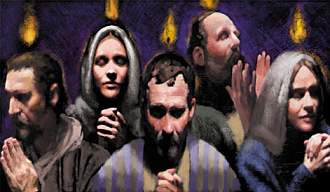 It seems there are as many interpretations of these "tongues of fire" and their significance as there are Christians! That is a great thing, for, surely, there was so much happening on that first Pentecost that human words cannot tell the whole story!

One of the miracles caused by these Spirit-driven "tongues of fire" is that those who heard the early Church speaking in other tongues heard the disciples praising God and sharing the Good News in their own languages. This gives us a license, I believe, to maintain a variety of ministries in the contemporary Church.

As John Wesley said in his Explanatory Notes on the New Testament, "The miracle was not in the ears of the hearers, (as some have unaccountably supposed,) but in the mouth of the speakers. And this family praising God together, with the tongues of all the world, was an earnest that the whole world should in due time praise God in their various tongues."

Suppose one is pastor of a congregation with a significant number of senior citizens, who grew up on "The Old Rugged Cross" and "Sweet Hour of Prayer". Then, it seems to me, the pastor has license to lead a revivalistic type of worship service focused on these types of hymns, southern Gospel-style standards, and more recent Gaither classics. This is "language" they can understand.

Suppose one is pastor of a congregation with a significant number of highly educated professionals or who have backgrounds or family connections in Roman Catholicism (the largest denomination in the USA, and quite dominant in southwestern PA). Then, it seems to me, the pastor has license to lead a traditional, liturgical worship service, perhaps utilizing organ music and litanies or other prayers birthed in the "liturgical renewal" movement. This is "language" they understand. 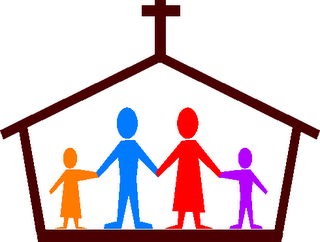 Suppose one is pastor of a congregation with a significant number of Baby Boomers (50s and 60s) or serves in an area with a significant number of these folks. Then, it seems to me, the pastor has license to lead a "praise band"-style worship service a la Willow Creek and Saddleback, birthed out of the so-called "Jesus movement" of the 1960s and 1970s. This is "language" they understand.

Suppose one is pastor of a congregation with a significant number of teens and "young adults" (20s and 30s, even 40s), who learn primarily through visuals and hands-on experience rather than lecture-style teaching. Then, it seems to me, the pastor has license to lead a worship service incorporating a variety of musical styles (from traditional Church music to rock and roll), and utilize drama and other techniques to utilize multiple senses in a so-called "emergent" style (such as Hot Metal Bridge Faith Community in Western PA Conference).

Surely, God intends for us to use these varieties of gifts and approaches to ministry. All (and others) can be effective means of grace in worship, when done properly.

Praise God for the diversity the Spirit brings to the Church!
at 10:03 AM

Amen to that! Excellent post, Keith. See you at Annual Conference for a vast array of these worship experiences!

Wow..you got an amen from Vandy. You must have been transformed!

I find some information here.