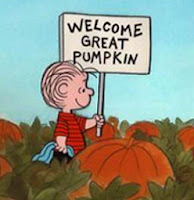 "Great Pumpkin Waltz" by the Vince Guaraldi Trio
"Beware of the Blob" by The Five Blobs
"Somebody's Watching Me"
by Rockwell featuring Michael Jackson
"Halloween Theme" by John Carpenter
"Purple People Eater" by Sheb Wooley
"Spooky" by Classics IV
"Zombie Zoo" by Tom Petty
"Ghostbusters" by Ray Parker Jr.
"Time Warp" by Richard O'Brien
"Thriller" by Michael Jackson
"People Are Strange" by The Doors
"They're Coming to Take Me Away" by Napoleon XIV
"Enter Sandman" by Metallica
"I Put a Spell on You" by Screamin' Jay Hawkins
"Don't Fear the Reaper" by Blue Oyster Cult
"Witches' Brew" by Hap Palmer
"Crazy Train" Ozzy Osbourne
"Highway to Hell" by AC/DC
"Boris the Spider" by The Who
"Devil in Her Heart" by The Beatles 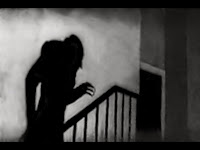 "Scared" by John Lennon
"What's This" by Danny Elfman
"Friend of the Devil" by the Grateful Dead
"Little Red Riding Hood" by the Big Bopper
"Witchcraft" by Frank Sinatra
"Time of the Season" by The Zombies
"Hell in a Bucket" by the Grateful Dead
"Evil Woman" by Electric Light Orchestra
"Dr Heckyll & Mr Jive" by Men at Work
"Walking on the Dark Side of the Moon" by Jody Reynolds
"Sucker for Your Love" by B.A. Robertson
"Moondance" by Van Morrison
"The Walking Dead Theme" by Bear McCreary
"Werewolves of London" by Warren Zevon
"Season of the Witch" by Donovan
"The Headless Horseman" by Bing Crosby
"This Is Halloween" by Danny Elfman & the Citizens of Halloweentown
"Witch Doctor" by David Seville & the Chipmunks
"One" by Metallica
"Hell in a Bucket" by the Grateful Dead
"Bark at the Moon" by Ozzy Osbourne
"Witchy Woman" by Eagles
"Bad Moon Rising" by Creedence Clearwater Revival
"Psycho Killer" by Talking Heads
"Night on Bald Mountain" by Modest Mussorgsky
"Superstition" by Stevie Wonder
"She Wolf" by Shakira 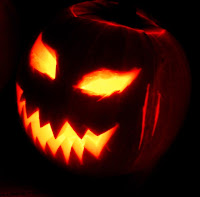 "Love Potion No. 9" by The Searchers
"Sympathy for the Devil" by The Rolling Stones
"Run Devil Run" by Paul McCartney
"Evil Ways" by Santana
"Trick or Treat" by Otis Redding
"I Don't Like Mondays" by The Boomtown Rats
"Dancing in the Moonlight" by King Harvest
"Iron Man" by Black Sabbath
"You Don't Own Me" by Lesley Gore
"Lullaby" by Krzysztof Komeda
"This is Halloween" by Marilyn Manson
"Li'l Red Riding Hood" by Sam the Sham & the Pharaohs
"Maxwell's Silver Hammer" by The Beatles
"Do You Want to Build a Snowman? in G Major"
by Kristen Bell, Agatha Lee Monn & Katie Lopez