As I reflect on Annual Conference 2008, Jurisdictional Conference 2008, and especially General Conference 2008, the issue of "true unity" has been running through my mind. After all, the possibility for schism remains real. My opinion is that if the UMC position regarding homosexual behavior is softened, there will be schism. That's not my personal desire, mind you, it's just my opinion of what will follow that kind of vote.

Schism is a kind of heresy, to be sure. The question we will all have to figure out will be: "Who caused the schism; who committed the heresy?"

This is no easy question.

We have so many interpretations (and translations) of the Bible that it would be inaccurate to claim that the Bible unites us. If someone believes, for example, that interpreting Genesis 1 literally is the only legitimate approach to that text, they can hardly be united with someone who approaches it more allegorically.

It would also be inaccurate to claim that we are united by our doctrinal standards. It's extremely rare for anyone during our Annual Conference session to make a reference to our Articles of Religion, for example. John Wesley's sermons may see an occasional reference, but much of this seems historical or, at best, inspirational for many of us. I have been with pastors who have denied one or more of our Articles; it isn't pretty.

While United Methodist clergy do function within the lines of apostolic succession, I don't think that this is what unites us. Most United Methodists aren't aware of the succession and could likely not care less.

Clearly, we are not united by a common liturgy, such as that which unites the Anglican Communion (at least in part). While I have my own preferences ("smells and bells!"), I think the diversity of our worship can be a good thing...from High Church to Southern Gospel to Baby Boomer to Emergent, and everything in between. It can be exciting and all very faithful when planned well theologically, but our liturgy clearly doesn't unite us.

We are not united by a common law or Discipline; for this, I blame primarily the left wing of the Church. They tried to find loopholes in Church law...just as the world would do...in an attempt to salvage the ordained ministry of someone who had admitted to being in violation of the law. In doing so, they played politics with the Discipline, and disregarded the clear wish and intention of the General Conference and our covenant together. That was very dishonest, and demonstrates to me that we are not united by canon law (remember - the issue wasn't sex...it was whether or not Church law had been violated).

Our common history doesn't really unite us, especially as we take in more and more folks who are former Roman Catholics or former Presbyterians or former Pentecostals or former atheists, agnostics or pagans. We may know about the history, but are hardly united by it.

It would be wonderful if we were united by a common mission, but, frankly, we can't seem to agree as to what being a disciple means, much less how to make disciples. And with the theological error of adding "for the transformation of the world" to our denominational mission statement, we are less united by mission than ever before. 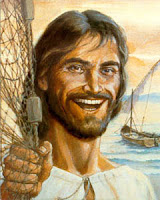 like to think we are united in and through Jesus Christ, by the power of the Holy Spirit. But I'm not entirely certain we agree on who he is, much less what he teaches or the legacy he calls us to live out.

The Right Reverend Eric Park wrote in his summary for candidacy as a General Conference delegate, "I am convinced that [one] of the most significant challenges facing United Methodism [is]...daring to live a life that is subordinated to the Lordship of Jesus and the countercultural ethics of the Kingdom of God."

That's it in a nutshell: how do we live a life that is subordinated to the Lordship of Jesus? We have no common understanding of what that means, especially as it relates to Holy Scripture, the Great Tradition, Reason, and Personal Experience.

Perhaps, before we have another General Conference, before we discuss any changes in Church law, we ought to find some common ground concerning the person and Lordship of this man Jesus Christ.

We are off on vacation, headed to Cincinnati,

where we'll be visiting an old college chum (and former suitor for Robyn's lovely hand). While spending time together, we'll also be taking the kids to King's Island as well as some other local attractions (I'd like to get to the William Howard Taft Historic Site, but I may be the only McIlwain interested in that). Back to the office on July 28, a date on which I've been called to jury duty in federal court. I'd best enjoy myself till then!
at 6:00 AM 4 comments:

A Prayer for Jurisdictional Conference 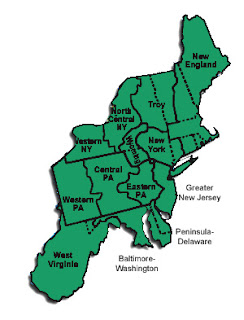 and everlasting Father, who by your Holy Spirit presided in the council of the apostles, and has promised, through your Son Jesus Christ, to be with your Church to the end of the world;

we humbly ask you to be with the Northeastern Jurisdictional Conference of The United Methodist Church, assembling next week in Harrisburg.

Save them from all error, ignorance, pride, and prejudice;

grant a special blessing upon the delegation from Western Pennsylvania, especially our brother Eric Park, who has been nominated to be consecrated to the episcopacy;

and out of your great mercy direct, sanctify, and govern the entire Conference in their work, by the mighty power of the Holy Spirit, that the Gospel of Christ may be truly preached, truly received, and truly followed, in all places, to the destruction of the kingdom of sin, Satan, and death;

till at length the whole of your dispersed sheep, being gathered into one fold, shall become partakers of everlasting life;

through the merits and death of Jesus Christ our Savior and Lord. Amen.
- adapted from The Book of Common Prayer 1928
at 7:02 PM 2 comments:

Tonight, Vacation Bible School begins at Jefferson church. Lots of preparation and prayer have resulted in a lot of excitement at JUMC. Our 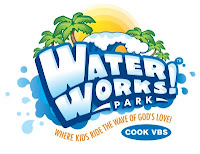 theme is "Water Works Park: Where Kids Ride the Wave of God's Love". (That's just cheesy enough to serve as a contender for an Annual Conference theme, but I digress...)

We've made some changes this year that have boosted the excitement level. Several of our newer members have gotten involved, bringing new ideas and joy to the ministry. We're also, for the first time, holding VBS in the evening rather than in the morning, so, while we're not sure what to expect in terms of numbers, we've gotten a lot more adult and teen helpers who have a greater availability post-dinner.

I really enjoy VBS and look forward to it each year, largely because my own faith journey was "jump started" by a VBS ministry. Though I was baptized as a baby in early 1971 (in a Presbyterian church), that event was the extent of my church involvement for many years. I befriended the Elston family in Johnstown, PA, and they invited my brother and I to the VBS held at their church, Westmont UMC. We 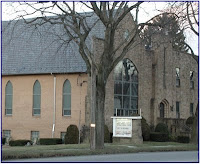 loved it. The Elstons told us that if we enjoyed VBS, we might like Sunday School and worship each week as well. They picked us up every Sunday (along with their own 5 children) and took us to church. The Elstons and Westmont UMC found a way to love two obnoxious, goofy-looking, loud twin boys, and we experienced the love of God in a very real, tangible way.

Church camp followed (at both Camp Allegheny and Jumonville), extensive involvement in children and youth ministries and, eventually, a puppet ministry, and in 1983 I was confirmed (in April) and surrendered to the Lordship of Jesus (in June). While my faith and my understanding of Christianity has grown a great deal since those days, my roots are way back in Westmont's VBS and the faithfulness of the Elston family.

So, VBS is a special time for me. I can't help but get excited about the idea that we may touch at least one child with the grace of God, and that because of our faithfulness this week, the touch may have a lasting impact on this life.
at 9:42 AM 3 comments: