Greatest Vampire Movies Ever Made 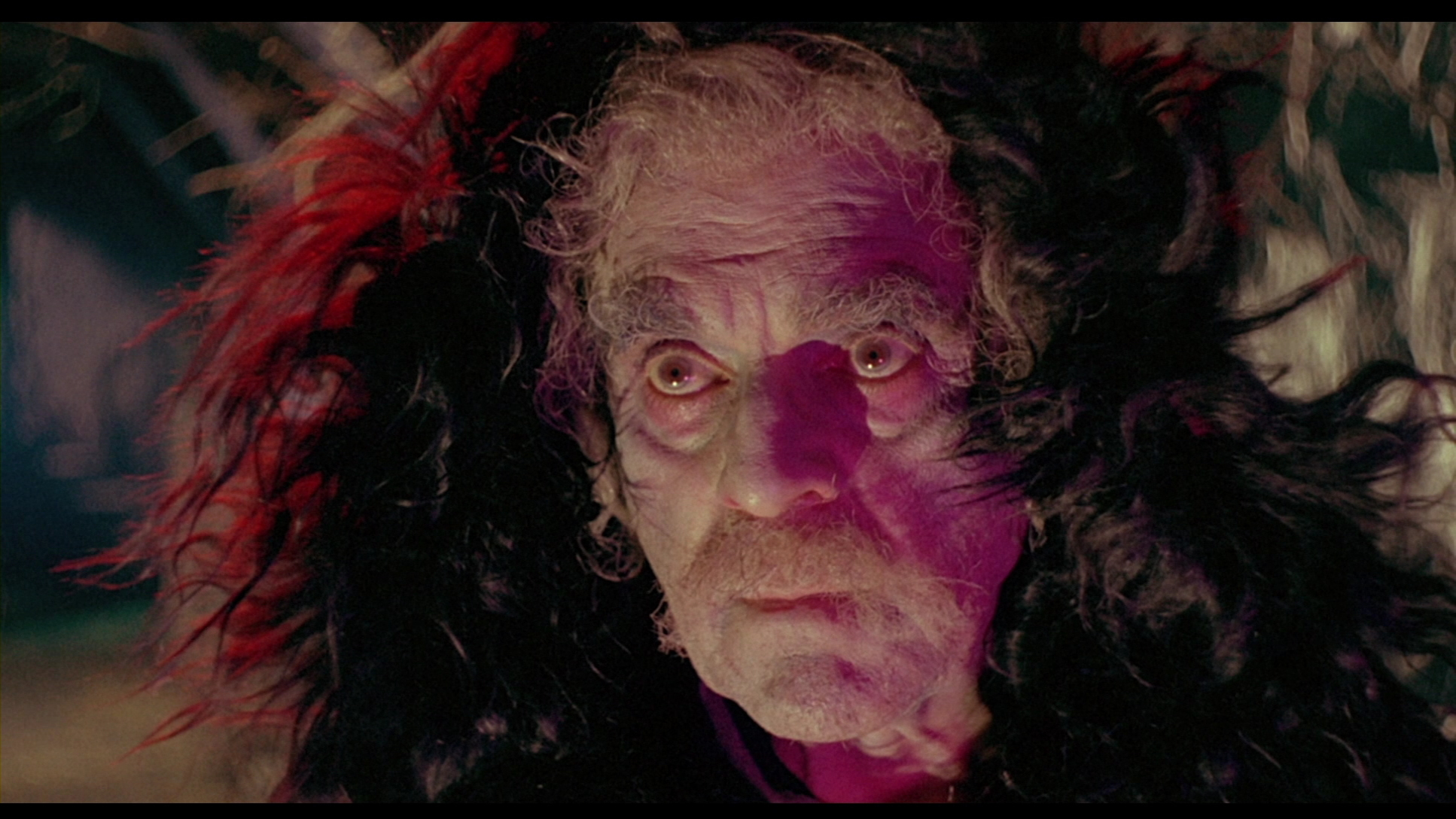 note: Dracula Untold (2014) is mostly subpar, but the initial scene with the "Master Vampire" is one of the best portrayals of a vampire ever filmed & deserves mention.

Prayer for the Day after Charlottesville

Almighty and everlasting Father, whose sovereignty extends into every life and into every corner of the universe, we pray to you today in our grief , anger, and confusion.

We pray for the families of the persons killed in and around Charlottesville, VA yesterday, and we pray that there will be no more deaths in that troubled place. May they know comfort.


We pray for those injured in Charlottesville. May they know healing.

We pray for those wayward souls who falsely believe that demonic evils like racism and white supremacy can ever be acceptable, and especially, frankly, for those who embrace racism & racist rhetoric while claiming to be disciples of Jesus. They are lost. May they know wisdom.

We pray for those who know that every racist word or act brings more of hell into this already broken world & who are standing against that hell with nonviolent steadfastness. May they know patience.

We pray for those disciples of Jesus who are so obedient that even in the face of hate do their best to offer love. May they know strength.

We pray today for law enforcement officers, military personnel, and governmental leaders, who have the difficult responsibility of protecting the peace as well as individual rights, even when those are seemingly at odds. May they know stamina.

We pray for President Trump, who has far too often failed to denounce racist rhetoric and at times has even seemed to affirm it, which has emboldened those who embrace hate. May he know discernment.

We pray for preachers of the gospel across the land, that today we might all publicly, firmly, unashamedly denounce racism, racist rhetoric, white supremacy, nationalism, hatred, and violence. May we know faithfulness.

We pray for your holy Church in this nation, that we might be resolute in the role you have given us in our Baptism to renounce the spiritual forces of wickedness, reject the evil powers of this world, repent of our sin, accept the freedom and power God gives us to resist evil, injustice, and oppression in whatever forms they present themselves, confess Jesus Christ as our Savior, put our whole trust in his grace, and to serve him as our Lord, in union with the rest of the Church, which Christ has opened to people of all ages, nations, and races. May we know allegiance.

We pray for our sisters and brothers gathered here today who are appalled & angry by the events in Charlottesville & want to respond in ways that are both firm & helpful. May they know peace.


All these things we pray today, in the power of your Holy Spirit and in the name of the one who brutally died rather than strike back in violence, the Messiah Jesus, the Prince of Peace, our Lord. Amen.
at 8:27 AM 1 comment: 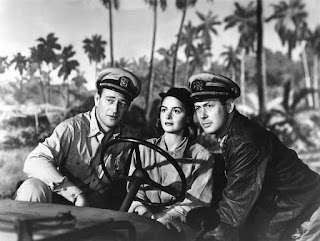 
(Note: This is not a list of Greatest War Movies,
which would be a very different list.
These movies are my top choices for Memorial Day in the USA.)
at 9:09 AM No comments:

13 Who can really hurt you if you are dedicated to doing good?

14 If you’re derided for your faithfulness to the covenant,
you’re blessed.
Don’t fear your opponents;
don’t be intimidated.

15 But revere in your hearts the Messiah as the Holy Lord.
Always be prepared to explain your hope
to anyone who asks you about it,
but do it with tenderness and respect,

16 keeping a clear conscience,
so that, when you are mistreated,
those who malign your Messiah-led faithfulness may be ashamed.

17 God’s will is:
It is better to suffer for doing what’s right
than it is to ever do evil.

In order to bring us to God,
he was executed in the flesh but made alive again in the Spirit,

19 by which he went and proclaimed to the imprisoned spirits

20 who in long ago times
did not obey the God who waited patiently while Noah built the ark,
in which a few people – eight – were saved through water.

21 Baptism is an echo of this,
and now saves us
not by washing dirt from the body
but as a promise of God’s faithfulness
through the resurrection of the Messiah Jesus, 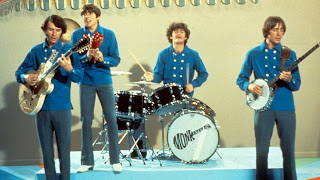 Note: I don't think that Janet Jackson deserves serious consideration. Many women have been more influential & have stronger bodies of work.
at 2:14 PM No comments:

"A Change is Gonna Come" by Sam Cooke
"Ghost Riders in the Sky" by Johnny Cash
"If I Had a Hammer" by Peter, Paul & Mary
"An American Trilogy" by Elvis Presley
"The Preamble" from Schoolhouse Rock
"Living in America" by James Brown
"US Military Anthem medley" by US Marines Band
"America" by Simon & Garfunkel
"City of New Orleans" by Arlo Guthrie
"R.O.C.K. in the U.S.A." by John Mellencamp
"Star Spangled Banner (live)" by Marvin Gaye
"The Shot Heard 'Round the World" from Schoolhouse Rock
"The Battle of New Orleans" by Johnny Horton
"When Johnny Comes Marching Home" by Mitch Miller & the Gang
"Surfin' USA" by the Beach Boys
"Journey to Fort Sedgwick" by John Barry (from Dances with Wolves)
"Going Up the Country" by Canned Heat
"Take Me Home, Country Roads" by John Denver
"America the Beautiful" by Ray Charles
"The Great Escape Theme" by Leonard Bernstein (from The Great Escape)
"Over There" by Billy Murray
"Superman (It's Not Easy)" by Five for Fighting
"The Star Spangled Banner (live)" by Jimi Hendrix
"Boogie Woogie Bugle Boy" by the Andrews Sisters
"People Get Ready" by the Impressions
"Mammas, Don't Let Your Babies Grow Up to Be Cowboys"
by Waylon Jennings & Willie Nelson
"Back in the USA" by Chuck Berry
"I'm Just a Bill" from Schoolhouse Rock
"Hail to the Chief" by US Marines Band
"Follow the Drinkin' Gourd" by the Weavers
"Home on the Range" by Roy Rogers
"My Hometown" by Bruce Springsteen & the E Street Band
"Blowin' in the Wind" by Peter, Paul & Mary
"Young Americans" by David Bowie
"Red River Valley" by Woody Guthrie
"Battle Hymn of the Republic" by Stryper
"Tara's Theme" by Max Steiner (from Gone with the Wind)
"American Dream" by Crosby, Stills, Nash & Young
"American Woman" by the Guess Who
"Pink Houses" by John Mellencamp
"Sufferin' 'til Suffrage from Schoolhouse Rock
"Sweet Little Sixteen" by Chuck Berry
"Born in the USA" by Bruce Springsteen & the E Street Band
"You're a Grand Old Flag" by James Cagney
"Go Down Moses" by Paul Robeson
"American Pie" by Don McLean
"The Magnificent Seven" by Elmer Bernstein (from The Magnificent Seven)
"The Star Spangled Banner" by Whitney Houston
"God Bless America" by Kate Smith
"What's Going On" by Marvin Gaye
"Desperado" by the Eagles
"Small Town" by John Mellencamp
"William Tell Overture" by Gioachino Rossini (from The Lone Ranger)
"Rocky Mountain High" by John Denver
"I-Feel-Like-I'm-Fixin'-to-Die Rag" by Country Joe & the Fish
"Centerfield" by John Fogerty
"America" by Neil Diamond

Labels: movies
Older Posts Home
Subscribe to: Posts (Atom)
About the
Season after the Epiphany

This is the personal blog of
Keith H. McIlwain.
The views and opinions represented
are his own,
and do not necessarily reflect
the positions of
Slippery Rock United
Methodist Church,
the Western Pennsylvania Conference,
Hall of Fame linebacker Jack Ham,
Dr. Winston O'Boogie, Carter Hall,
the Wesleyan Covenant Association,
the Global Methodist Church,
or The United Methodist Church.
But maybe they should.
I'm just sayin'.