The Battle of Jumonville Glen was a battle of the French and Indian War fought on May 28, 1754 near what is present-day Hopwood in western Pennsylvania. 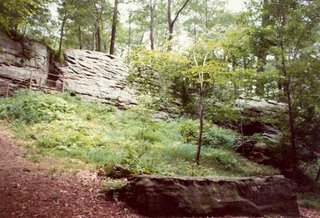 Along with the Battle of the Great Meadows (a.k.a. Battle of Fort Necessity), it is considered the opening battle in the French and Indian War which would spread through the world and become the Seven Years' War, the first truly "world war".

On the morning of May 28, 1754, young Virginia militia officer lieutenant colonel George Washington and the 40 soldiers he commanded attacked the French (Canadian) militia under the command of Ensign Joseph Coulon de Villiers de Jumonville. Washington lost control of his troops and they massacred their prisoners, killing all but one of the wounded. After the slaughter, the wounded French commander Jumonville told Washington he had been sent as a peaceful emissary on behalf of Louis XV. The response from Washington's Indian ally, Seneca chief Tanaghrisson, was to cleave open ensign Jumonville's skull with his hatchet saying "Thou are not dead yet my father," and wash his hands in the Frenchman's braincase. Tanaghrisson's act is considered by historians to be a carefully calculated outrage to ignite war.

It was in reference to the battle at Jumonville Glen that Washington made his now famous statement, "I heard the bullets whistle, and, believe me there is something charming in the sound." 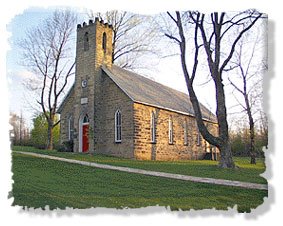 A portion of the battlefield is preserved as a unit of Fort Necessity National Battlefield.

Today, Jumonville Glen, where the initial shots were fired, is a part of Jumonville Training Center, a world-class camping and retreat center under the jurisdiction of the Western PA Conference of the UMC. On June 19, 1983, I knelt at the altar of Whyel Chapel at Jumonville and gave my life to Jesus Christ, led to this momentous decision by the Spirit's work through the ministries of Terry Wardle, John Smith, and Jeff Painter. Since that time, my life has been a story of my failure to live up to that covenant and God's continual forgiveness and loving faithfulness.