"If we are to survive, we must have ideas, vision, and courage. These things are rarely produced by committees. Everything that matters in our intellectual and moral life begins with an individual confronting his own mind and conscience in a room by himself." 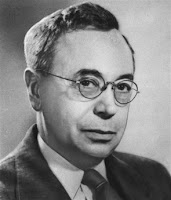 Schlesinger is being euologized today for being one of JFK's key aides, but his most important work had little to do with his time in the Kennedy Administration.

He was one of the most important historians of the twentieth century. What made his work so special wasn't his exhaustive research but rather his writing ability; Schlesinger knew how to take all of his research and utilize it to tell a good story, writing from the heart from a personal perspective, and in the process establishing firmly the American political liberal interpretation of twentieth century events...his first book on FDR was dedicated to Reinhold Niebuhr, whom Schlesinger believed to be the most important liberal ethicist/theologian of the times (until pacifist John Howard Yoder dismantled Niebuhrian thought in his classic The Politics of Jesus).

I heartily recommend Schlesinger's work to anyone. I often have disagreed with him and his interpretations, but, as someone who appreciates good writing, I've really admired him. You may want to take a good Schlesinger read to the beach, which could make for a fine afternoon.

Some of his best works are...

The Cycles of American History (1986)

The Disuniting of America: Reflections on a Multicultural Society (1991)

Didn't he edit a number of U.S.
history texts? That would mean
that a whole generation of students
have been influenced by him. Not
just history majors like us.

Being the moron that I am...what the heck is the foreign language stuff on the top of your blog. Oh, and E Pluribus Unim to you too!

It's Latin..."Who watches the watchmen?"