Was Jesus "punished" for us?

"...he was wounded for our transgressions;
he was crushed for our iniquities;
upon him was the suffering that brought us peace,
and through his wounds we are healed." 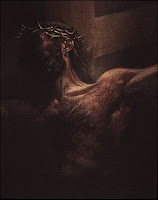 is crucial in Atonement theology, yet it is often, in my view, mistranslated and misunderstood. This can lead to some views of the Atonement which are not Wesleyan and, perhaps, not even Biblical.

The misunderstood word is the Hebrew word "musar". This is a word that traditionally has meant
"correction", "chastisement",
"instruction", "suffering", "rebuke", or "discipline", as from a loving father. In fact, "musar" is used 50 times in the Old Testament, and the King James Version always utilizes one of these English words. The ASV followed suit, as did the RSV about 50 years later.

According to Isaiah 53:5, then, and assuming a messianic perspective, Jesus suffered for us. The verse does not teach that Jesus was punished for us; "punishment" comes from an entirely different Hebrew word which is not used in reference to atonement.

This is an important distinction, because punishment and forgiveness are not synonomous, and salvation hinges on forgiveness in Wesleyan theology. 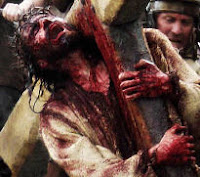 When a person is found guilty of a crime, they are sent to prison, the imprisonment being their punishment. Let us assume that they have been sentenced to two years in prison. At the conclusion of those two years, they freed from their cell, having served out their punishment. It would be inappropriate for a judge to then s ay, "You have been in prison for two years; now, you are forgiven." The criminal was not forgiven; he took his punishment. The same would be true if a person received a fine for a parking violation. If they pay the fine, they have received their punishment, they have paid their debt.

In the 1970s, the Good News Bible (also known as "Today's English Version") appeared, translated quite loosely, a style known as "dynamic equivalence" (as opposed to the more literal KJV and RSV). In this translation, "musar" was rendered in Isaiah 53:5 as "punishment". Still, this can be forgiven, since the Good News translation itself was fairly paraphrastic and not really intended for academic or theological use.

The New International Version (NIV) emerged in 1978 as a legitimate translation alternative to the KJV and RSV. This wonderful translation made the mistake of translating "musar" as "punishment". Why?

Calvinists have held to a particular view of Atonement theology which states that Jesus, on the Cross, received our punishment. Thus, the demands of divine justice were satisfied by the death of Christ. The NIV was translated primarily by Calvinist scholars, so it is only natural that Isaiah 53:5 reflects their theological bias, even if translating "musar" as "punishment" was truly innovative, and without real precedent in the history of the English Bible. Surprisingly, the NRSV followed the NIV upon its release a decade later, as did the HCSB in 2004. I am grateful for the ESV (2001), which renders "musar" as the more traditional "chastisement".

Wesleyans should not forget the actual meaning of the verse.

Jesus suffered for us, thus reminding us of the importance of suffering and the terrible pain inflicted upon our loving Lord...not that any debts would be paid through punishment, but rather that we might be truly forgiven. Jesus' suffering was substitutionary in that his suffering, "...became a substitute for something else that would otherwise occur" (in the words of the late J. Kenneth Grider). In other words, Jesus' suffering served as a substitute for our punishment.

In the words of Gordon Olson, "The sufferings and especially the death of Christ were sacrificial, were not the punishment of the law but were equivalent in meaning to it, were representative of it and substituted for it. The demands of the law were not satisfied by it, but the honor of the law was promoted by it as much as this honor would have been promoted by inflicting the legal penalty upon all sinners. The distributive (or vindictive) justice of God was not satisfied by it, but His general (or justice for the public good) as a responsible Moral Governor was perfectly satisfied."

This is more than simply a "moral influence", intended to show God's love and break our hearts, as much of traditional Protestant Liberalism maintains. Jesus suffered and died for a reason...to uphold God's moral sovereignty and to make real forgiveness possible, that we might know salvation. This is truly good news. We can know real forgiveness! Without question, due to our sinfulness, we deserve punishment - but are forgiven, because of the faithful suffering of Our Lord.

I urge my Wesleyan brethren to ponder this perspective as we approach the darkness of Good Friday and the glories of Easter Sunday.

Personally I am a Christus Victor person. Your thoughts on the translational issue in this Isiah passage are great. Something really happened on the cross, whatever or however salvation occurred it did. I however am an Easter Christian, for me Good Friday is the gateway into Christ bringing about the ultimate triumph.

Your distinction between punishment and forgiveness is right on. Jesus freely accepted the punishment that we deserve because of our sin, thus opening the door to God’s mercy and grace.

I think you make a very important distinction Keith.

One point, though: in connecting the Moral Influence Theory with modern Protestant Liberalism, one might easily oversee that it is also one of the oldest of atonement theories. Modern Liberals didn't dream it up.