I attended the January board meeting of the Cloverleaf Ecumenical Assistance Agency, and was both pleased and concerned.

The board contains representatives from the two area Roman Catholic churches, the two Presbyterian chuches, our church, and the synagogue. (The Baptists, Lutherans, Mormons, and Pentecostals in our area were not represented.) The president of the board is a wonderful older man from the synagogue, and I really appreciated the interfaith unity that was displayed.

The rhetoric was predominantly Christian, but he seemed not to mind (I'm sure he's used to it), since the reason we were there was to help those on the margins, not convert one another. The meeting had a kind spirit, and was tolerant in the best sense of the word.

I was also pleased with the work the agency has done over the past year, which we reviewed at the meeting. It would probably breach confidentiality to share specifics, but suffice to say that the agency did a tremendous job serving "the least of these" in 2006, and I look forward to becoming a part of their story in 2007. The food pantry operates each Tuesday; I'll be there.

The implication was that the clergy are too busy doing "other things" to participate, though they all gave their blessing. How nice.

What are they (we) busy doing? What is it that we do that's more important than feeding the hungry, clothing the naked, touching those on the margins with the love and grace of Christ? We seem too comfortable saying, "We've got good laity working in that area; we don't need to get too involved in that."

We're teaching Bible studies and working on capital campaigns and attending jurisdictional meetings about Conference budgets and the latest "here's-how-to-fix-your-church" strategy. None of those are necessarily bad things.

But we need to be practicing incarnational ministry...spending more time with those on the margins of the culture (and the church) by feeding the hungry and reaching out to the poor. 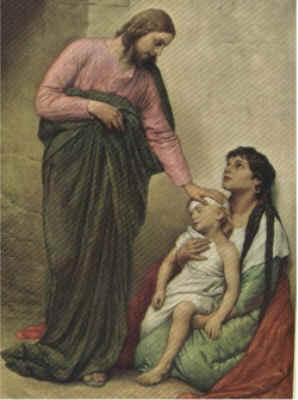 We as pastors need to be deeply involved in the lives of the poor if we are to, with any credibility, teach this to our parishioners. We need to model this ministry. That's key to character development, key to being a leader, key to leadership development. If we don't do it, neither will they.

I am tired of "pretend ministry". Bigger and better churches and congregations and buildings...higher attendance...Jefferson church is experiencing all of that, but that doesn't make it ministry, certainly not Christian ministry. May God forgive his Church and give us another shot to do it right.

May this be the mission statement for all Christian clergy, as it was for Jesus...

"The Spirit of the Lord is upon me,
because he has anointed me to bring good news to the poor.
He has sent me to proclaim release to the captives
and recovery of sight to the blind,
to let the oppressed go free,
to proclaim the year of the Lord's favor...
Today, in your hearing, this scripture has been fulfilled."
- from Luke 4 (NRSV)

I think I'm misunderstanding. You say that you were the only Christian rep., but didn't you say there were Catholics and Presbyterians there as well?

Obviously, Methodism is the TRUE faith and Presbys and Catholics are going straight to Hell.

I said I was the only CLERGY person there...there were Christian laypeople, which is wonderful. But no other pastors/priests. And that's a real shame, if not an indictment of the Christian clergy...Methodist, Catholic, Presbyterian, etc.

Just curious, why would you include Mormons?

When it comes to social outreach...feeding the hungry, serving the poor, etc...I'm happy to work with almost anyone...Presbys, Catholics, Mormons, Jews, Buddhists, Muslims, whatever.

If it were an evangelism thing, then I'd be happy to sit with the Presbys, Catholics, etc., but obviously couldn't work with the Mormons, since I'd consider them a non-Christian religion.