On Mon., Sept. 11, ABC is planning to air a "docudrama" about the tragedy which is apparently insulting to Clinton Administration alumni, as the drama supposedly implies that they were in some way responsible for the tragedy, or at least could have prevented it. They claim, perhaps correctly (I don't really know, since I haven't seen the show), that the drama contains several inaccuracies and fictionalizations.

Let me say that while ABC (or anyone else) certainly has a right to produce whatever kind of material they wish to produce, it is very irresponsible of the network to produce something so inaccurate, if indeed it is. As I've stated before, Bill Clinton was not responsible for 9/11, nor was President Bush. To imply otherwise is just wrong.

A few years ago, CBS produced a drama about Ronald Reagan which was filled with inaccuracies and outright fabrications. At the time, many conservatives protested the drama, claiming irresponsibility and partisan politicizing on the part of its producers. Many liberals, on the other hand, defended the drama and CBS.

Now, many liberals are protesting the ABC 9/11 drama, claiming irresponsibility and partisan politicizing on the part of its producers. Many conservatives, on the other hand, are defending the drama and ABC.

To me, this demonstrates a major integrity problem with folks on both sides. We should all be interested in truth, not selected facts distorted to present an inaccurate but politically beneficial perspective.

In Psalm 15, we read, "O LORD, who may abide in your tent? Who may dwell on your holy hill? Those who walk blamelessly, and do what is right, and speak the truth from their heart; who do not slander with their tongue...".

So, truthtelling is something that's important to God, and important in terms of our personal eternity.

We flawed sinful humans are so bent on demeaning, stereotyping, and marginalizing "the other side" rather than trying to understand or find common ground, that it must absolutely sicken Almighty God. This is especially true in the Church, "the people of God", "the Body of Christ", where we ought to know better. 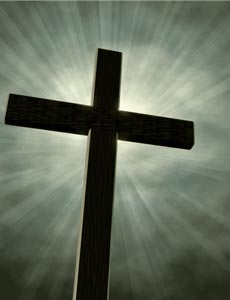 We find this marginalizing in the homosexuality debate in the Church, and we find it in the abortion debate in society-at-large. We find it wherever any important issue...war, guns, education, and many others...is brought to the table.

Musician/activist Bono has wisely said, "How far should we go to understand each other’s points of view? Maybe the distance grace covered on the cross."

To be fair, the Reagan docudrama aired years after he had left office and he was no longer in the news in any meaningful way. While Clinton has been out of office a few years, the war on terror that was sparked by 9/11 is very much alive, as is a separate war in Iraq, tangentally related to 9/11. A picture like this is somewhat irresponsible if it isn't labelled as fiction. The Reagan film should have labelled as such also. At any rate, its much ado about nothing. No one of any import would ever think Clinton or Bush would have intentionally allowed 9/11 to happen. I can't stand Bush and believe him to be a terrible president who has offered zero leadership, but I know he would have prevented 9/11 if he could have.