Verse one, however, is problematic for many Christians, particularly evangelicals. This is evidenced by the New International Version (NIV) and the English Standard Version (ESV), among other translations.

I believe that when it comes to translating the Scriptures, one must be faithful to the text, but also should take into account the historic translation and understanding of the text. An example of this is the famous translation of Isaiah 7:14 in the Revised Standard Version (RSV):

"Therefore the LORD himself will give you a sign.
Behold, a young woman shall conceive and bear a son,
and shall call his name Immanuel."

While it is true that "young woman" is a legitimate translation of the Hebrew word "almah", Church tradition had faithfully used "virgin" (or sometimes "maiden") for centuries, and the decision of the RSV translators to ignore this precedent resulted in a great backlash against this otherwise excellent translation upon its release in the 1950s (which eventually prompted evangelicals to produce the NIV, among other translations).

There exists a similar problem regarding Philippians 1:1. 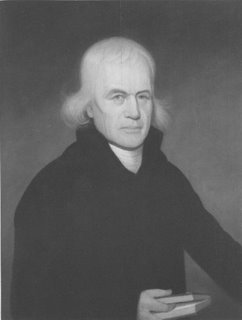 It reads in the King James Version (KJV):

"Paul and Timotheus, the servants of Jesus Christ,
to all the saints in Christ Jesus which are at Philippi,
with the bishops and deacons..."
Evangelical translations (such as the NIV and ESV) often translate the Greek word "episkopos" as "overseer", rather than "bishop" ("episkopoi" becoming "overseers" rather than "bishops"). Why are these translators afraid of bishops?

In an attempt to free themselves from traditional Church hierarchy (and, one could argue, traditional ecclesiology), translators seem to have translated a key Church word in a new way. Aside from being guilty of the same crime of which the RSV translators were guilty, they have shown disrespect to great bishops throughout history, such as Bishop Francis Asbury (above).

One of the greatest faults of 20th century evangelical theology was a weak ecclesiology. Presbyterianism provided a model for some, but even that system has weak roots and generally ignores "episkopoi". Both Reformers and evangelicals wished to distance themselves from the medieval Roman Catholic Church, with its imperial trappings. But it seems to me they threw out the baby with the bath water.

Bishops serve a proper and powerful purpose in the Church.

First, they represent our connection with the Church throughout the ages. The Constitution of the UMC states, "There shall be a continuance of an episcopacy in The United Methodist Church...", which, aside from making reference to our predecessor denominations, also infers an historic continuance through the ages. 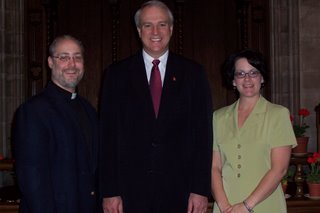 While this "succession" is impossible to verify historically due to the poor records kept during the Dark Ages, Christians can have faith that the historic faith has been faithfully transmitted through the centuries.

Second, bishops order the life of the Church as a whole, even as pastors (elders, local pastors, priests, whatever) order the life of the local congregations. When no one is minding the store in the episcopal sense, disaster can occur, ranging from denominational or jurisdictional collapse or a loss of clarity regarding the mission of the Church (which often results in cynicism and pessimism).

Third, and most importantly, bishops are charged with defense of the apostolic faith. It is the responsibility of the bishop to see to it that all Christians adhere to the essential doctrines and teachings of the Church. They have a supervisory and disciplinary role that we ought to take more seriously.

These three "fundamental roles" for bishops, whether for historic figures such as Bishop Asbury or contemporary leaders such as Bishop Thomas Bickerton of the Pittsburgh Area (above, between my lovely wife and myself), whether for United Methodist, Episcopalian, Roman Catholic, or Lutheran bishops, are what we need to look for in our episcopal leaders. When a bishop or a group of bishops demeans or fails to enforce Church teaching, they not only diminish themselves and the historic role of the episcopacy, they endanger the life and ministry of the Church. Bishops, too, need to be held accountable.

I would encourage more independently-minded Christians to pray about and study the role of episkopoi. Perhaps in the 21st century, evangelicalism can finally develop a sound, faithful ecclesiology, and bring the movement more in line with traditional Christian teaching in this area.

(An excellent online article regarding Methodism and apostolic succession can be found here.)

nobody likes a suck-up. I will be reporting this abuse of brown nosing privileges to the bishop at our next tennis match.

Dude, got some brown stuff on your nose...

Hey, I believe this stuff! Not mny fault that you guys use the (gasp!) NIV, which doesn't believe in bishops.

Incidentally, I made mention of the fact that bishops need to be held accountable, and, if they aren't defending the faith, they need to be tossed out.