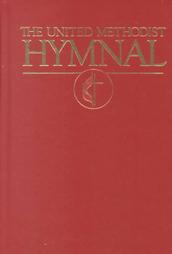 One of the greatest strengths of the Methodist movement has been its hymns. Charles Wesley, the premiere poet of Methodism, is one of the finest hymn writers in the history of Christianity (many would say the finest).

The United Methodist Hymnal is the first official hymnal of The United Methodist Church, succeeding the hymnals produced by the Methodists and the Evangelical United Brethren. Published in 1989, it is an excellent worship tool. It is filled with wonderful songs, is rich in Methodist history, and contains some fine liturgical respources. Additionally, two outstanding United Methodists related to Western PA Conference participated in the creation of the hymnal...Hoyt Hickman, a (now) retired Elder/Full Member of our Conference, and George Bashore, a (now) retired former Bishop of our Conference.

Despite the fine qualities of the hymnal, it is not perfect. Recently, the worship team of our General Board of Discipleship conducted a survey to discover what hymns (and other resources) in our hymnal were rarely used. They called these "lost hymns". The results of the survey can be found here.

Some of the results surprised me. Several of these "lost" hymn texts are excellent. Some of the "new" tunes are fine.

But many aren't great. Either they are too difficult for congregational singing, too symbolic to have much meaning, or too international to gain much interest in a largely white English-speaking American denomination.

Then there's the famous "inclusive language" issue. I am normally a strong supporter of the use of inclusive language. But occasionally the hymnal editors go a bit overboard. The lovely "On Eagle's Wings", for example, #143 in the hymnal, has been edited for inclusive language and is now a grammatical nightmare, sure to give any English teacher fits, and is virtually unsingable in its presented form. Similar problems plague "Let There Be Peace on Earth", which is #431. These two songs might well become modern-day classics if presented in linguistically approachable forms. 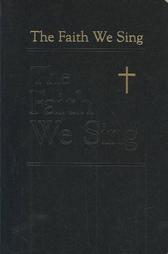 If I had the influence and money, I'd take that 3/4 and put it together with about 1/2 of The Faith We Sing, the companion to the hymnal (published in 2000) featuring many new hymns and a few truly forgotten classics. While half of this new edition is fabulous, the other half is weak, at best.

We need to remember this when it comes time to produce the next generation of Methodist hymnals, likely in the next decade or so. While being inclusive in language and in musical form is a good thing, we can get carried away and end up with a product which contains serious deficiencies.

I looked at the list of underused hymns and found 7 that we sing a fair bit at my church.

I find some information here.