In February of this year, several leaders of some of America's "Holiness movement" released what they called a "Holiness Manifesto". 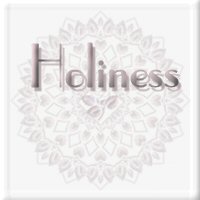 The Holiness movement is a revivalistic offshoot of Methodism, and is generally more focused on sanctification than most United Methodists. They claim (correctly) spiritual descent from John Wesley; many of the finest Wesleyan scholars and theologians in recent years have come not from United Methodism, but from Holiness denominations. Generally, they are part of the "conservative" wing of the Wesleyan movement, even as United Methodism is the "centrist" or "left" wing. Holiness groups include the Church of the Nazarene, the Free Methodist Church, and the Salvation Army.

Though The United Methodist Church was not a part of the "manifesto team", there is much in the document to give us reason to rejoice. 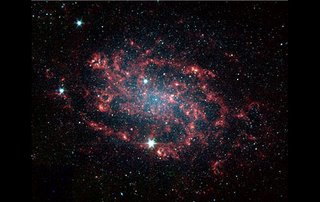 The manifesto begins by recognizing the decline of the American Church and that many have grasped at the latest trends as potential ways to not only stop the decline but to more faithfully execute our mission. The document calls us to clarity, hoping that we might recommit to mission as opposed to maintenance, survival, or trendiness.

The manifesto is a declaration of the holiness of God and the fact that we are called to be a holy people. Through Jesus Christ, by the power of the Holy Spirit, we are to strive for holiness...for sanctification...for perfection in love. The manifesto also briefly describes what holiness is and what it is not.

It's a good piece, and there is little in it that might find complaints from liberals or conservatives. In fact, we heard much the same message at our own Annual Conference last week, though professed in more "mainline" language.

We have at times forgotten the absolute holiness of God, concentrating instead on the "friendliness" of God, the lighter side of the Gospel. But the important concept of God's holy transcendence is a crucial part not only of the Wesleyan message, but the whole of the Christian Gospel. I would urge my sisters and brothers to reflect upon the brief mainifesto and use it as a prayer to recommit to the proclamation of the fullness of God's holy nature.

The manifesto can be found online here.

Interesting Manifesto...I've been thinking much about the Holiness Movement of late, and I think that the whole movement truly stands at a crossroads. For example, Asbury College was founded as a Holiness school, yet their version of holiness was seen outwardly as legalism and fundamentalism (i.e. no t-shirts in class, no dancing, no playing cards, a ban on movies, no visiting hours with the opposite sex, chapel three times a week, etc). While I don't doubt that holiness means more to Asbury College than these simple do's and don'ts, I don't think that anyone really knows what it is, and therefore, because Asbury College doesn't have a strong sense of what it means to be a part of the Holiness Movement today, they don't know how to advertise themselves to their perspective students and they're seeing a decline in attendance. I guess my question is this...what is unique about what the holiness movement has to offer, especially if it is not legalistic or fundamental, as the document states? What does it mean to be a part of the Holiness Movement in the 21st century? I can't say that I know...I'm still trying to figure out what it means to be United Methodist in the 21st century. Any thoughts?

The best of the Holiness movement stressed what has always been important in Methodism...the idea that how we live our lives matters. What we do when we're alone, in private, means something. Personal character matters!

In other words, attending Sunday worship is great...but Monday through Saturday is just as important. Are we reading the Scriptures? Saying our prayers? Helping the poor? This is the road to (as Methodists traditionally say) "Christian perfection" or (as Holiness folks traditionally say) "entire sanctification".

Where we generally differ from our Holiness brethren, in my view, is that we believe perfection to be a process; they view entire sanctification as a crisis. Other than that, we're on the same page.

At any rate, the Holiness message...live a holy life...is simply Scriptural Christianity, a recapturing of the essential Gospel. It's not committee meetings and strategic plans (not that there's anything wrong with those)...it's not traditional worship vs. Baby Boomer contemporary worship vs. Gen-X & Y Emergent worship or whatever. It's authenticity in holy living.

I've read the Manifesto and have, in fact, been in occasional dialog with some of the writers. I've occasionally participated in discussions on the Crivoice discussion forum.

You may find it interesting that there are actually many in the modern "holiness movement" (NM), who are talking about the process of sanctification as opposed to the traditional HM crisis model.

I was raised in a small group that split from the Church of the Nazarene in the 1950s over perceived worldly trends in the church (wedding rings, TV, etc.), and have long since left. I'm a member of the United Methodist Church myself, although, living in Moscow, Russia on a diplomatic assignment, I've been attending a rather progressive Nazarene church. The pastor refuses to speak of "works" of grace, but chooses rather to focus on growth in grace across the board. I'm much more comfortable with that handling of scripture in the community of faith. There are actually quite of few of us, who have shed these shackles of legalism with varying degrees of success. One large group finds a cyber venue for everything from requests for prayer to spleen venting on http://www.eboards4all.com/813467/

Although the presence of some extremely immature believers occasionally sparks hostile dialogue, many have been aided in recovery from mindless legalism on that site. You might find it amusing, if not particularly interesting, to peer under the rock, so to speak, where the most hardnosed of old methodists wound up.

Peace be with you!
Joe

Sept 25-27, 2019
in Nashville, TN
--
This is the personal blog of
Keith H. McIlwain.
The views and opinions represented
are his own,
and do not necessarily reflect
the positions of
Slippery Rock United
Methodist Church,
the Western Pennsylvania Conference,
Hall of Fame linebacker Jack Ham,
Dr. Winston O'Boogie, Carter Hall,
or The United Methodist Church.
But maybe they should.
I'm just sayin'.