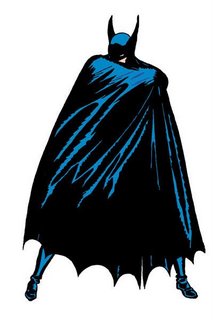 Kane, who died in 1998, was a true American treasure. An artist and writer of comic books, Kane, inspired in part by Zorro, in 1939 created "Batman", one of the greatest superheroes ever created and arguably one of twentieth century literature's greatest characters.

Among the other great characters created by Bob Kane were the Joker, Catwoman, and Robin the Boy Wonder.

Throughout the years, many fine writers, artists, and filmmakers have put their own spin on Kane's creations. In the 1980s, Frank Miller's take on the Batman "mythology", The Dark Knight Returns, not only was a revolution in the superhero comics medium, but jumpstarted the Batman film franchise and also led to the modern fascination with superhero films.

What wonderful stories we owe to Bob Kane! What joy his work has brought to the world! Today, I thank God for Bob Kane!