This Sunday the Emmy Awards will be broadcast, presumably awarding television's best with little statues. 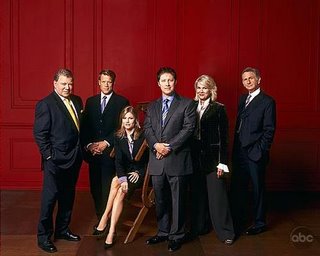 I don't mind this sort of thing, and at times these awards shows can be far more entertaining than most television fare.

But it's hard to be excited at all when television's best aren't even nominated.

The best show on network television...by far...is ABC's Boston Legal. No other show comes close. Yet, it isn't nominated for Best Drama or Best Comedy. So, right from the start, the best series on TV will be ignored. This is particularly sad because one of television's best actors, James Spader, has been recognized in the past for his outstanding work as Alan Shore, one of Boston's most notorious attorneys.

To add insult to injury, the actor who gave probably the best performances in the previous season, Hugh Laurie of FOX's House, was not nominated for his excellent work. 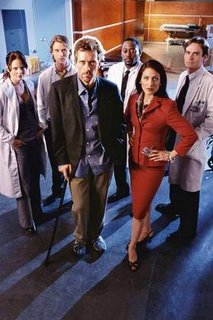 The demented Dr. Gregory House is, like Shore and his law partner Denny Crane (played by the legendary William Shatner), among the most bizarre TV characters in many years, and Laurie has been outstanding in a role that would be easy to overwork. Yet, despite the fact that House is nominated for Best Drama, Laurie was forgotten.

I don't know what gets into the people who nominate TV shows, movies, and music for the big awards each year. So often they seem either woefully out of touch, overly eager to make political statements, or ignorant of real artistic excellence and achievement. It can make for some boorish awards shows and missed opportunities to recognize some decent art.

If they were doing this right, they would just give Tony Shalhoub the awarad and not even bother with a ceremony. He's that good.