For months, we have been hearing how the Republican Party is in trouble because of (legitimate) questions about the War on Terror, especially the Iraqi front. Many politicos and members of the "Big Media" have been salivating at the prospect of the GOP losing the House, the Senate, or both. 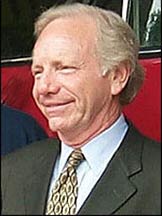 But today it seems to me that, while the GOP obviously has some issues, the Democrat Party is in even bigger trouble.

The Democrats of Connecticut yesterday refused to renominate Sen. Joseph Lieberman for the U.S. Senate, preferring instead to nominate a political unknown. "Experts" have been telling us that Sen. Lieberman has paid the price for supporting President Bush regarding the War on Terror, particularly the Iraqi front.

There are a few potential problems with the Democrat Party, it seems clear to me...

Problem #1 - RADICALISM: Sen. Lieberman is hardly a "Bush guy". His voting record is decidedly liberal, including a 100% rating from NARAL (a left-wing pro-abortion group), a 100% from the AFL-CIO (the massive left-wing union), a 100% rating from APHA (a left-wing health care lobby), an 86% rating from the NEA (the left-wing teachers' union), and a 0% rating from the Christian Coalition (a right-wing "family values" lobby). He is a solid liberal...a somewhat moderate liberal, mind you, but a liberal nonetheless. The Democrats in Connecticut have tossed out a solid liberal because...he wasn't liberal enough. Will the Democrats continue to slide to the Left, leaving most Americans behind in favor of the liberal elites?

Problem #2 - COOPERATION: Sen. Lieberman is one of the few senators respected on both sides of the aisle. The Democrat Party has lost one of its primary leaders in terms of healing partisan breaches. They've thus made a bold move (as is their right) to support partisan squabbling. 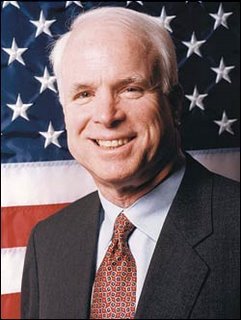 This will possibly split the Democrat vote and allow the GOP to pick up a seat in the Senate.

Problem #4 - HYPOCRISY: Why is it that when Sen. John McCain goes against the President or the GOP Majority, he is viewed by Democrats and the "Big Media" as a courageous, maverick hero, but when Sen. Lieberman bucks Democrat orthodoxy, he's given the boot? It seems clear that the Democrat Party doesn't really want independent thinkers (not to say that the GOP necessarily does); they want folks who will fall into line and not question the Party authorities. That's a bad sign.

Problem #5 - POTENTIAL INSANITY: What does it say about a political party when it has no trouble hiring a madman to be its chairperson, but refuses to endorse a more reasonable voice like that of Sen. Lieberman?

There's trouble ahead for the Democrat Party, methinks.

Both parties stink. I'm almost
through with voting and politics.
I see no hope for reform. None.
Too much money buys votes. Utter
and total corruption and depravity.
While I am sure there are good
people on both sides, even Christian ones, I think they are
overwhelmed by all the others and
the way the system does not work.

Clay: It sounds like you listen to Michael Savage!

I've never listened to him. I
hate feeling the way I do, but
when I look at Washington and
what we've done to the Founders
great experiment I feel depressed.
What a terrible mess.