The Benefit of the Doubt

"...Thomas (who was called the Twin), one of the twelve, was not with them when Jesus came. So the other disciples told him, 'We have seen the Lord.' 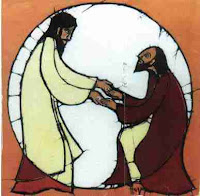 "A week later his disciples were again in the house, and Thomas was with them. Although the doors were shut, Jesus came and stood among them and said, 'Peace be with you.'

"Then he said to Thomas, 'Put your finger here and see my hands. Reach out your hand and put it in my side. Do not doubt but believe.'

"Thomas answered him, 'My Lord and my God!'

"Jesus said to him, 'Have you believed because you have seen me? Blessed are those who have not seen and yet have come to believe.'"
- John 20:24-29 (NRSV)
Thomas is a personal hero of mine. I really relate to this particular apostle, and feel he's gotten a bad rap in Church history.

This was a brave man, ready to die for his Lord. When Jesus turned his face toward Jerusalem, it was Thomas, not Peter or John, who said to the other disciples, "Let us also go, that we may die with him." (John 11:16, NRSV) After being confronted by the Risen Christ, it was Thomas who made one of the first great claims of orthodox Christianity, proclaiming Jesus to be "My Lord and my God!"

Thomas doubted that which was beyond his own experience. This tells me that he was human. I also doubt. I am inquistive and have many, many questions about life concerning which I'd like to get God's answers. I also have a good number of theological questions for God, and ponder these questions often.

But, like Thomas, I'd like to think that I am willing to die for Jesus. Additionally, though my doubts are real, I absolutely affirm the orthodox claims of the Church, trusting in her wisdom. At the same time, I'm happy to debate, discuss, and dialogue concerning Pilate's query, "What is truth?" 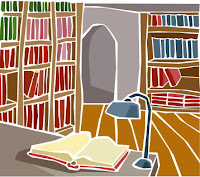 believe there is a difference between normal, healthy, human doubt, which is a part of us as persons created in God's image, and full-fledged skepticism, which is inherently pessimistic and definitionally incapable of affirming any dogmatic claims. For me, doubt is exciting and positive, because it propels me to question and to learn and to ask in every situation, "What is this saying, theologically?"

I thank God for Thomas, through whom God gives me permission to have my doubts, to ponder, to question authority, and to struggle with issues both large and small. I give thanks to God for doubt, which is not the opposite of faith, but its ally.

(By the way, it's good that I'm allowed to doubt; right now, I doubt that the Pittsburgh Penguins will turn their first playoff game of the year into anything other than a terribly ugly experience for Penguins fans. I feel like I'm watching the Pirates, not the Penguins, and, therefore, I am naturally filled with doubt. Lord, have mercy.)

First of all, I am a HUGE Penguins fan and former 12 year season ticket holder. Fear not...they will rebound. Second, Is there a difference between skepticism and cynicism? I consider myself a positive cynic. In other words, I am willing to question authority when I think it is misguided, but am also willing to participate in the solutions to problems.

Sometimes you have to ask why and then, discern what is true. To me that is healthy.

Very good post, Keith. We must have some degree of doubt, or our faith will be very brittle when it encounters inconsistencies.