One more reason for abolition...

Pennsylvania's death penalty system has "substantial" flaws that put potentially innocent death row inmates at risk for execution, according to a new analysis of the state's capital punishment procedures. 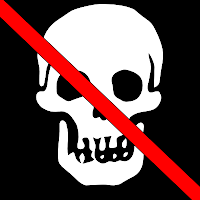 Representatives of the research team and the American Bar Association, which commissioned the study for Pennsylvania and seven other states, are expected to discuss the report's findings at a news conference this morning in Harrisburg.

The association supports a nationwide moratorium on executions to allow time for states to address what the Bar Association sees as flaws in the legal process.

Six people who were sentenced to death in Pennsylvania have been exonerated since the penalty was reinstituted in 1978, according to the Death Penalty Information Center, an advocacy group opposed to capital punishment.

Only three people have actually been put to death in that time, the last being in 1999.

The authors of the report made several recommendations specifically for Pennsylvania, which include:

* Requiring the preservation of all biological evidence in capital cases throughout an inmate's incarceration on death row, something the state does not do.

* Ensuring all defense attorneys in capital cases have achieved the level of legal training recommended by the Bar Association for lawyers working on death penalty cases. The majority of death penalty sentences are overturned because of poor legal representation.

* Mandating that inmates are provided legal representation during the appeals process at the state level. Currently, defendants are not guaranteed a lawyer on appeal if they cannot afford one.

* Providing statewide funding for adequate legal counsel in capital cases. Currently, county governments, not the state, are responsible for providing public defenders in all criminal cases, and their competency varies.

Members of the assessment team that completed the report had "varying perspectives" on capital punishment and were not required to "support or oppose the death penalty or a moratorium on executions," the report noted.

The Bar Association said it would like Pennsylvania to complete its own comprehensive study assessing the death penalty system.

David Hoover, a community organizer with the American Civil Liberties Union and death penalty opponent, said he and other advocates hope the report will lead the state to re-evaluate the penalty.

"The real important issue is that Pennsylvania does a comprehensive review of what's going on with the death penalty," he said. "That's the responsible thing to do."

Pennsylvania has been criticized in recent years for housing an inordinately high percentage of minorities on its death row.

In a 2003 study, the state Supreme Court Committee on Racial and Gender Bias in the Justice System found more than two-thirds of death row inmates were minorities, despite the fact that minorities comprised only 11 percent of the total prison population.

An NAACP study released in January reported Pennsylvania had the highest percentage of minority death row inmates of any state in the U.S. as of July 2006. The latest figures available from the state Department of Corrections puts the minority population on death row at about 68 percent.

"It's hard for us to say our state system is fair and unbiased if there are these disparities," Mr. Hoover said.

Thanks for sharing that excellent article. I hate labeling myself a "conservative," but I do tend to have more conservative views on many political issues.

That said, the death penalty is one issue that I continually struggle with. Let me share with you some of my thoughts:

* Our Founding Fathers championed the notion of "limited government" - that is, a government with specific powers that do not infringe upon an individual's natural rights. For me, giving the government the power to take a life against that person's will (even if that person is a convicted murderer), is a gross violation of the principle of limited government.

* I haven't been convinced by the studies that try to prove that the death penalty is an effective deterrent against future crimes. Really, how can you possibly prove that, since no one can predict what crimes would have been committed had the death penalty not been in place?

* Ultimately, I don't believe the death penalty is about justice. If someone intentionally murdered my wife (for example), there is no way for me to actually get justice (having my wife restored to me)...that is a legal and actual impossibility. I'm not downplaying the suffering of victim's families here, but when they demand the death penalty for the murderer, saying it is justice...that really isn't justice. It is vengeance (i.e. making the person suffer as much as we do). And Scripture makes clear that vengeance is an right reserved ONLY for God, and not for the government or any individual.

So thanks. Your article adds to my growing skepticism about the moral and legal justification for the death penalty.

I agree. If someone murdered my wife, and in pursuit of "justice" a million people were executed, that doesn't come close to making up for the loss of Robyn. There aren't enough people in the world to execute. There can be no justice in this regard.

Recent news tells of a man caught on video tape raping a 3 year old girl. I don't want to see him put to death, but I don't want him out on the streets either. So for me it is not enough to "oppose" the death penalty. If anyone wants to be taken seriously about eliminating the death penalty, they had also better provide an alternative.

It is easy to stand in opposition to something, it is harder to stand for something. (By the way, I mean that in a generic way Keith. I am not saying you are taking any easy roads here on your blog since you have no doubt put lots of thought into your views.) Personally, I have no written much on the death penalty because I have not come up with a cogent alternative system.

But, if the goal is to do away with the death penalty, here are a few random suggestion:
- Bring back chain gangs and hard labor.
- Mandatory life sentences for certain crimes.
- Penal colonies (Australia is all filled up, so we would have to come up with a new location... so how about Alaska.)
- TV Free prisons.
- Chemical castration.
- Job training
- Education programs

What are your thoughts Keith? What sort of system would you use to replace it?

I'm reminded of Nicole Kidman's profound monologue in the film "The Interpreter." Do you remember the monologue? Kidman's character speaks these words:

"Everyone who loses somebody wants revenge, on God if they can't find anyone else. But in Africa, in Matobo, the Ku believe that the only way to end grief is to save a life. If someone is murdered, a year of mourning ends with a ritual that we call the Drowning Man Trial. There's an all-night party beside a river. At dawn, the killer is put in a boat. He's taken out on the water and he's dropped. He's bound so that he can't swim. The family of the dead then has to choose. They can let him drown or they can save him. The Ku believe that if the family lets the killer drown, they'll have justice but spend the rest of their lives in mourning. But if they save him, if they admit that life isn't always just... that very act can take away their sorrow."

Eric - I do remember that movie and that speech. Good stuff and much to ponder.

Joe - Some of your ideas aren't bad (though I think penal colonies are probably not good). I'd tend to say that someone who rapes a child should face mandatory life in prison; I have no problem with that. I also think that the Church needs to be serious about reaching out to that inmate and making a "penitentiary" truly about "penitence".

I don't oppose the death penalty because I have a better "system" in mind, though; I oppose it because I believe death is the enemy of God and humanity and I think that execution is treasonous collaboration with the enemy (same reason I oppose war, but that's another post for another day).

But imprisonment...even for life...labor (in some way that's not cruel...ever see the movies Brubaker or Holes?)...no access to TV or the web...education...that's all stuff I could accept. Castration seems good, but there's something about it that makes me feel...uncomfortable.

Perhaps a comprehensive alternative to a "death penalty" would be "life isolation" - no phone, internet, TV, mail, or even VISITATIONS from family/friends/colleagues. They would be, for all intents and purposes, be cut off from their former "lives." Contact with other prisoners would be extremely minimized, just enough to provide them with basic socialization needs. Outside spiritual counsel could be offered so even that person can be exposed to God's grace. And independent agencies (i.e. the Red Cross) should be allowed to monitor those cases so that the person is not being mistreated and receives basic nutritional and medical attention.

There are probably a ton of practical loopholes with this, but then again, where isn't there where the government is concerned?

I have always wondered - what about all those commandments that, well, command death?

And our Savior was subject to the death penalty... If anyone could have spoken AGAINST it...well, shouldn't Jesus have done so?

That being said, I also oppose the death penalty - for many of the reasons listed in previous comments. It's just not a "comfortable" opposition for me...

I hear your frustration, believe me, and I think you're probably in the same place that I am. I don't want to be guilty reading an "ideology" into the texts of Scripture, rather than letting the texts speak for themselves.

So yeah, I'm with you in your hesitation.

Keith, I think Bill's comment shows a mild overstatement on your part. Death is not the "enemy" of God, as much as it is the punishment from God (Genesis 3). But, that is probably just a matter of semantics between friends. Anyway, I appreciate your thoughts on some alternatives. I do think that presenting a reasonable alternative does help others open up to the idea of eliminating, or restricting, the death penalty.

1 Corinthians 15:26 - "The last enemy to be destroyed is death." Death is indeed an enemy to be conquered.