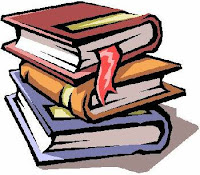 van is getting new brake pads and rotors put on, so today I had to take her to work and pick her up at the end of her shift. I arrived in the Waterfront in Homestead a little early, so I went to the nearby Barnes & Noble bookstore to hang out for a while. I love bookstores.

One of my first stops in the bookstore was the Religion section. Secular bookstores rarely have Bibles stocked for a "Bible geek", so it didn't take long to exhaust my interest in that book rack. There were three additional racks marked "Christianity", though, so I figured I might find something.

I was saddened and surprised. The racks contained so much of what I would term "pop theology lite". I won't mention names or specific titles, but it was mostly fluffy crap. There as some stuff about the end of the world (it's soon, in case you didn't know), some stuff about how to be really, really happy (complete with pictures of the most lily-white, bright-toothed smiling people you've ever seen), and some stuff about how to get rich...the Jesus way (never mind the fact that Jesus lived a life of itinerant poverty and died seemingly quite poor). Many of the books were from folks of whom I've never heard...apparently self-appointed "experts" out to share their particular version of the gospel.

I don't think so; I certainly hope not. Despite my clergy status and love for traditional liturgics, I haven't really been immersed in the "Christian culture" in some time; I almost feel at times that it was a part of my youth which I've since outgrown.

One thing I know for sure is that what I saw on the multitude of racks at the bookstore does not match up well with the Christian faith as taught in the Bible (which, again, had only one rack) or in the writings of the early Church fathers, the Reformers, the Book of Common Prayer, John Wesley, or our hymnody at its best.

Somebody must like this stuff. But I can't imagine who that might be (I watched for a while, but none of those books were purchased while I was there).

It was just bizarre to me that these books and authors represented Christianity. And if I was put off, I can only imagine what non-Church people must think.

A quote came to mind...one which I've carried with me for a year. A friend recommended a book to me which was a good read, and this particular quote has stayed with me...

"Jesus and his teachings will not seem as strange or repellant to non-Christians as will the Christian subculture we have created."- Dan Kimball, The Emerging Church, p. 82.

This is what I was witnessing at the bookstore. People think that these books and authors actually represent Christianity. No wonder the mainline Church is in trouble.

I don't have any answers to this dilemma. I'm sure a rack of books including the Book of Common Prayer, A Plain Account of Christian Perfection, Resident Aliens, City of God, Reaching Out Without Dumbing Down, and Against Heresies wouldn't have fared much better, even if the theological depth of the selections would have increased a thousandfold.

My point is that Kimball's indictment is real. And I'm guilty, too; all I bought was the latest issue of "Christianity Today".

I'm always amazed at how much we want to isolate ourselves from the world around us. As if Jesus at in a big crystal palace and said, "Let them come to me - only, not the dirty ones, or the really needy ones. Oh, and not those lepers. Yuk."


So you need a new car? let your fingers take a walk
through the business guide for the "born again" flock
you'll be keeping all your money in the kingdom now
and you'll only drink milk from a Christian cow
don't you go casting your bread to keep the heathen well-fed
line Christian pockets instead--avoid temptation

Here's my initial impression. I for one don't go to that book store for anything other than novels and magazines. Wouldn't those who want spiritual meat go to a place that sold it?

Secondly, if someone who is not a christian starts off on that spiritual baby food, could it not lead to something more substantial later on if they are led in the right direction???

I see your point, and it's a good one. Who is it that's doing their shopping there? If they start off with that stuff, they may indeed move on eventually to more substantive stuff.

BUT...maybe not. It may well be that "seekers" stop by to pick up something, looking for answers, and come out with something that is at best peripherally Christian. And, if they're not connected to any faith community, they may walk away with the false impression, "This is Christianity." Seekers may think that this stuff is indeed spiritual meat...the books and authors are claiming that of themselves! And, again, if they're not connected with any faith community, they may never grow beyond a fetal stage, at best.

When the moneychangers were working in the Temple, it angered Jesus because they were selling faith that wasn't the real faith, it was counterfeit. People were led astray, hurt both spiritually and financially, because of their activities. Some of the moneychangers may actually have meant well...but that didn't make Jesus any less angry.

We've created a strange Christian subculture that at times isn't even Christian. And because of our sins, we may be misleading LOTS of people. That's my point.

Call me a heretic...and you may, but I once tried to read City of God and I threw it aside after about 20 pages. As far as spiritual fluff goes, give me some authors, titles and subjects. I fear I may have some of it on my shelf. I hope you're not talking about Ortberg,as I love his stuff. I've also read Rob Bell's "Velvet Elvis" and had no idea what he was talking about. Maybe I need to go back to seminary. Most of my theology books are collecting dust, although I do read Wesley's standard sermons from time to time. Anyway, you've got me feeling paranoid about what I'm reading.

I've heard the Kimball quote before, and I'm torn on it. On one hand, I've seen people not hang out with our campus ministry because we do some quirky stuff. On the other hand, if we're "not of this world", there's gotta be something that sets us apart, and naturally a culture will form out of that.

Take Christian music. Man, I just don't want to listen to music that talks about sex and drugs and murder and the like! So I look for something more wholesome, and I find it at a Christian music section (and with a few secular bands, but not a whole lot!).

Or even look at social life...I go to college. People drink alcohol, and I don't want to be a part of that. So we got to my apartment, did karaoke and knee hockey and card games. Would Mr. Kimball disapprove?

It's an interesting issue to me. I wanna be effective on campus.

I hear that, Brendan. I listened to some Christian music years ago, and some of it I really liked. But more and more I got bored with it. Part of that may be the fact that I'm bored with MOST contemporary music, I realize. But I find Johnny Cash far more engaging than the latest hit Christian singer.

I was in a fraternity in college...a good one...and never drank a drop of alcohol. Everyone else did...to great excess...but I never had to do that. Not that there's anything wrong with responsible drinking; my point is simply that we can maneuver and be in the world but not of it without being part of a subculture so unique that we completely speak a foreign language. Kimball's quote rings true for me.

As I see it, the difference between "sub-culture" and "community" is vast and significant.

I'll take the Christ-centered COMMUNITY any day of the week--and twice on Sunday!

I've been to Barnes & Nobles (and Borders) many times and thought the same thing.

Thank God for the faithful witnesses who preach it and live it in spite of what the world says and does!

Rob Bell writes (in velvet elvis) that Christian is not an adjective.

I think that's a good place to start

I long for more Gospel and less fluff - but it must be presented in ways that folk from the C21st can relate to.

It would be good to get better books in the bookstores - but best of all we need to befriend people and out of love reveal Christ to them. Some of what is being sold is $3bill fodder

Keith, I read your blog. Liked what I read (with the exception os the obvious. You know, the Beatles thing) and I'll read it again. Love m

Have you been to Cokesbury lately? At times, equally disturbing what can be found on those shelves. Personally, I do my shopping on eBay!