How in the world are you?

'I came to bring fire to the earth, and how I wish it were already blazing! I have a baptism with which to be baptized, and how great is my distress until it is accomplished!
"Do you think that I have come to bring peace to the earth? No, I tell you, but rather division! From now on five in one household will be divided, three against two and two against three; they will be divided: father against son and son against father, mother against daughter and daughter against mother, mother-in-law against her daughter-in-law and daughter-in-law against mother-in-law.'
"He also said to the crowds, 'When you see a cloud rising in the west, you immediately say, It is going to rain; and so it happens. And when you see the south wind blowing, you say, There will be scorching heat; and it happens.
"You hypocrites! You know how to interpret the appearance of earth and sky, but why do you not know how to interpret the present time?'"


- Luke 12:49-56 (NRSV, adapt.)
Many like to think of Jesus as someone who unites, who brings people together, who can heal broken relationships and reconcile estranged sisters and brothers. Given this image, many Christian leaders, particularly Bishops and other institutional figures, model their own ministries on this model. After all, as United Methodist Elder Thomas Hawkins wrote in Faithful Leadership (1999), "How we lead is how we see Jesus."

But there is another side to Jesus' ministry concerning which we don't always like to focus. Jesus didn't speak very often of uniting, but he did speak powerfully about his role as the 'Great Divider'. When it comes to Jesus, families, friends, and communities will be torn asunder, and society itself will be (at times) violently opposed to the One who is God Incarnate.

As I am someone who unapologetically supports aggressive Christian non-violence, you might think Luke 12 to be problematic for me. Far from it. My favorite image of creation in the Old Testament isn't the wonderfully majestic litany of Genesis 1, nor is it the intimate "campire tale" in Genesis 2; rather, I truly love the image of YHWH the rather violent 'Divine Warrior' subduing the monsters of chaos we find in places like Psalm 74, Psalm 89, and Isaiah 51. I (usually) don't take the warrior motif literally, of course, but I understand its great power, particularly for our ancestors in the faith. We as Jesus' disciples may be called to nonviolence, but there's no denying that violent imagery is part of who we are as fallen human beings living in a broken world.

In this vein, Jesus' talk of aggressive division speaks to me of a significant spiritual truth. According to John 15, Jesus said, "Servants are not greater than their master. If they persecuted me, they will persecute you also." Just as Jesus divided people and suffered for it, we should expect the same. How can the Church expect to be a uniting force in a culture steeped in brokenness and sin, which is utterly opposed to Jesus and all for which he stands?

In Luke 6, we read, "Blessed are you when people hate you, when they exclude you and insult you and reject your name as evil, because of the Son of Man. Rejoice in that day and leap for joy, because great is your reward in heaven. For that is how their ancestors treated the prophets." This is what we should expect as the people of God, called to love our enemies, to proclaim salvation, to refuse to honor violence, to care for "the least of these", and to live for Jesus.

The Church ought to be rather stubborn when it comes to being the Church. "Open hearts, open minds, and open doors" may be a catchy advertizing slogan, but would make for a pretty faulty mission statement. We're simply far too obstinate. Pliny, a Roman governor of long ago, once wrote to Emperor Trajan upon executing some Christians who refused to worship Caesar and stop caring for the poor in ways deemed 'un-Roman', "Whatever the nature of their creed, a stubbornly disobedient and inflexible obstinacy certainly deserved punishment."

Winston Churchill once said, "You have enemies? Good. That means you've stood up for something sometime in your life."

French theologian Jacques Ellul once wrote, "Christians should be troublemakers, creators of uncertainty, agents of a dimension incompatible with society." 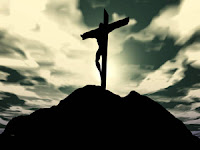 don't often quote dispensationalists, as I find their theology to be distressingly bizarre and eisegetically unorthodox, but radio commentator J. Vernon McGee began his Bible programs with the wonderful question, "How in the world are you?" That's a question we should ask ourselves often as the Church. Are we so "in the world", so friendly with the world, so enamored with culture, that we are no longer the countercultural voice of the gospel? Jesus ate with sinners, hung out in places deemed unworthy of religious people, and did things in a way that shocked the establishment...but, at the end of the day, it was determined that he was so unfriendly toward the culture that he needed to die. Painfully.

As the Church, let's not get so comfortable with culture that we forget that we are called to be the most powerful countercultural agent on the planet, at times as divisive as our fire-bringing Lord.
at 9:03 AM

Thank you, Keith, for this insightful piece.

I agree wholeheartedly with your emphasis upon the dividing power of the Gospel of Jesus Christ.

I suppose that it is worth noting, however, that much of the division in the church occurs, not because of the Gospel and its convictions, but because of the stridency, arrogance, and relational ineptitude of its adherents.

Not long ago, for example, I spoke with a man who tried to join an area church choir. At the five consecutive rehearsals for which he was present, not one person introduced him/herself or even said hello. He then began to take it upon himself to initiate conversation, but mostly ran into quick responses and relational walls. "Are you sure that you are not exaggerating a bit," I said to him. "I wish that I were," was his response. "But the fact of the matter is that that choir didn't want any visitors."

I realize that you are describing a different kind of division in your post, Keith. My point is simply this: There is far too much division in the church that people are labeling Gospel-related division when, in fact, it is a division born of spiritual arrogance, radical inhospitableness, and a stubborn resistance to community.

Scripture promises that the embrace of Christ will divide us from those who reject such an embrace. My fear, however, is that many of the church's most painful divisions have nothing at all to do with Jesus.

Eric, I could not agree more. The Church has been and continues to be guilty of many sins, from racism and sexism to arrogance and relational inhospitableness of many kinds. The choir which failed to relate to the visitor ought to be ashamed. But even when we have turned from those sins, and are living the faithful life more obediently, the gospel divides. I think we're in agreement.

The only problem I see is that Christians in general are sometimes unable to clarify where the Gospel ends and the theological nuances of a particular denomination/tradition begin.

For example, a strict Calvinist would argue that Predestination is absolutely essential to a correct understanding of what the Gospel teaches. A Roman Catholic would be equally as adamant about Magisterial authority or transubstantiation. A fundamentalist might stubbornly adhere to the dispensationalist scheme of biblical interpretation, while a mainline liberal would stand for absolute inclusivity at all costs. Etc.... And in the past (and even the present), such adamant emphases have often hindered ecumenical fellowship which might allow Christianity to present a united witness to the world.

Yes, the Gospel definitely divides the Church from the world. But if Christ was serious when He prayed for all His disciples to be one, then we should make darn sure that our particular theologies are NOT sources of division but rather conversation and renewal.

Thanks for writing this. I feel, as one who sits in the pews, that the church is in trouble, we need to stand for something, I am afraid we are standing with our thumbs in our mouths looking blankly at the world. I feel the church has been neither hot nor cold about so many things. I need the church to make up it's mind.

As far a hospitality goes, I think many people don't know how to be hospitalble. I have visited churches where no one has introduced themselves, why would someone come back?

Good post...Keith. Dr. Charles Partee once said, "If we don't start standing for something, we'll wind up falling for everything."

By placing unity above all other values, mainline churches have baptized many unbiblical ideas and given them credibility.

If unity and community are not grounded in truth, then they can never be authentic and will be contrived to support the underlying value rather than the gospel itself.

Our current need to turn inclusivity into an idol comes to mind. No matter what we do or say we fall back into sectarian agendas and secular values.

The gospel must be both the dividing principle of the church. If that is too much of a paradox for the church today then so be it!

"If we don't start standing for something, we'll wind up falling for everything."

Noted Hoosier theologian John Mellencamp once sang that in a song as well.

EXCELLENT post Keith... although I never thought there would be a J.Vernon McGee statement that I would care to quote. Now I have one.