"All hail the power of Jesus' name! Let angels prostrate fall;
bring forth the royal diadem
*, and crown him Lord of all!"
- Edward Perronet, 1779 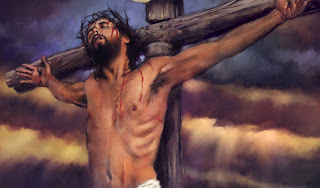 Many of us - most of us - have a secret desire to be like God. It's what got Adam and Eve into trouble. We want to "be our own boss", control our own fate, be master or mistress of our own destiny, "call our own shots".

But there is another aspect of "being God" that we may want to avoid. The same God who created the universe and remains sovereign over everything and everyone also became one with the very "stuff" of his creation, "emptying himself" of glory, and became humble even to the point of horrific suffering and a torturous death on a cross. God - this man Jesus - sacrificed not only his glory but himself, in order to reconcile creation to its Creator.

Let all who would follow him have the same servant's heart, the same willingness to sacrifice. Let us crown and serve a true King - one who teaches us humility and mercy, and the true meaning of power and majesty.

"O that with yonder sacred throng we at his feet may fall!
We'll join the everlasting song, and crown him Lord of all!"
- Edward Perronet, 1779

This is an excellent devotional for this holy day. Thanks for sharing.

May all of us who lead in the name of Christ recognize that our calling is to wear a crown of thorns, not of gold.

Have a blessed week!