How the mighty have fallen...at least in part.

One of the top news stories this week has been the scandal stemming from the fact that Bill Belichick, head coach of the New England Patriots, apparently cheated during last week's game against the New York Jets.

Belichick, the most successful coach of the 21st century (to date), is a three time Super Bowl champion as a head coach (with two more rings as a defensive coach under Bill Parcells) and is widely considered to be the best coach in football today. His Patriots are favored by many to win their fourth world championship this season, which would make Belichick only the second head coach to win four rings (the great Chuck Noll, of course, being the first).

Upon hearing the cheating allegations, my first thought was, "Why?" The Patriots are already so loaded with talent and with solid coaching that they are worlds ahead of almost every other team in the NFL. Why cheat when you can win convincingly without cheating?

My next thought, though, was theological. I agree with most theologians and leadership gurus that the first quality of a leader is character...personal integrity. Belichick is obviously a gifted leader, destined for the Hall of Fame. Yet, he violated "rule #1" of leadership. This will tarnish his legacy for decades to come. He may still win many games and even more Super Bowls, but his legacy will always include the fact that he was punished by the NFL for cheating.

"You should also look for able men among all the people, men who fear God, are trustworthy, and hate dishonest gain..."

In the post-Clinton era, we often hear about character and integrity issues connected with sex. I don't want to diminish that; much is revealed about our character in how we enjoy the God-given gift of human sexuality, and whether or not we are steadfast regarding our most important vow this side of heaven...the vow to be faithful to our spouse.

But there are other things which testify to our character. Honesty is very important. One of the most disturbing parts of our Annual Conference gathering each year is when we ask colleagues, "How's it going with your church?" The answer is almost always the same: "Great! We're doing new things, taking in new members, and growing tremendously!" Sadly, one look at our Conference statistics demonstrates that most congregations are not growing; whether or not they're trying new things may be a moot point. I've always appreciated a particular brother (whose name I shall withhold) who is usually painfully honest: "Things are horrible. The people don't want to be discipled or to make disciples. They're content to watch their ministry die." He is a man of character in his honesty.

In ministry, we don't have "Super Bowls". We don't compete against one another for rings and championships. Or do we? 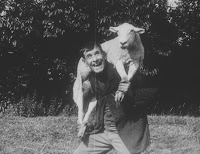 notion of "dishonest gain" is one which continually plagues me. I have no desire to grow JUMC by "sheep stealing", or taking folks from other area parishes; I'm more interested in Kingdom-building than building up "my own" numbers.

When folks have left another area church for "mine", quite without my help, it pains me. I always encourage people to return to their own congregations, and usually let them know that it will be months before I get around to transferring their membership...if I get to it at all. They've taken vows in and to another congregation; that should mean something.

To target members of another congregation is "dishonest gain", and demostrates one's integrity and character. One's ministry may continue to grow, just as Belichick may continue to win, but character speaks for itself, and the quality of leadership can be called into question.

At any rate, this "cheating" is what Bill Belichick's problems brought to my mind. I pray that by the Spirit's power I will be vigilant, and be more interested in my own integrity than in the numbers games and "dishonest gain".

Well said! It has always amazed me that leadership in our society is now viewed so functionally that people will tolerate lack of character in a leader as long as he or she wins or shares the "right" political views.

It is quite sad.

On many fronts, I completely agree. What a waste of time for New England to do this! They are well off without cheating.

As for ministry, I do agree. I often am saddened by the degree to which people in ministry try to outdo each other.

I think of us in ministry as one unit. We are to be there to share each other's joys and walk through the tough times with each other, never abandoning.

If you see a video camera in worship Sunday on the side aisle at JHUMC, it's not mine! Don't turn me in!

Do we give them an asterick in the record book?

I got the following quote from a news story.

"Why? Why would Belichick go to such extremes to win a game when in fact he really didn't need to?

The games in question, in addition to last week's Jet game, are games last year against Detroit and Green Bay. The Patriots went up to Lambeau Field last year and throttled the Pack, 35-0, then later on took on Detroit at home and barely escaped with a 28-21 win. In each game, video assistant Matt Estrella was caught videotaping the opponent's defensive signals. Yet only Eric Mangini had the temerity to report Belichick to the league office. Mangini has now come off as looking like a rat, but the rest of the league would perhaps all love to buy the former Patriot defensive coordinator a beer right now."

So did he just start cheating, or just start getting caught? Is he the smartest coach in football, or just the most adept at cheating his way to the top?

I have no answers, just questions.

You can take the word "apparently" out of the entry. He Cheated, is a cheat, and will always be remembered as a cheat. Yes, an asterick should go by his name, next to a picture of him in that stupid hoodie!

But I have no strong feelings about this.

But then again, if he was a United Methodist Clergy - he would just get a better appointment.

Great thoughts, Keith.
Thanks for sharing your heart and the truth about so much of what we pass off as "church growth."
"Sheep stealing" is an even bigger temptation in youth ministry: Kids will come to my group and tell me their church just got a new youth minister and they can't stand him/her, so they'd rather just come here where their friends are. I always try to talk to their parents when they come to pick up their kids...I tell them to encourage their kids to give their youth minister at least 6 months before they make any judgments about whether or not they "like" him/her.

I am also wondering of Belichick is anywhere near a good coach let alone the "best coach of the 21st century"?

The question does arise as to whether he has always cheated or has in desperation to continually do better start cheating in the recent past. Either way the truth is the truth and he has cheated.

I wonder since Pete Rose was band for life for gambling on his own team, if the NFL should do similar for things of this nature.

I would just like to see Belichick sincerely apologize for the offense instead of getting caught, ask for forgiveness, and turn from these ways that do lack personal integrity.

On a side note just because he was caught cheating for this, what else has he done that may either be illegal or just questionable?

In regard to sheep stealing, I know what you mean with no desire to do so, but at the same time welcome anyone who comes to worship invitingly and lovingly even if they have come because they are unhappy elsewhere.

In regards to sheep stealing, I couldn't agree more.

Anyone reading this blog: Cornerstone Church of Cranberry has a great worship service at 10:30 am on Sundays. If you can't stand where you're at, then come check us out. Our motto: "Growing our kingdom, one stolen sheep at a time."

Terry Teykl calls it "sheep shifting" - heh, but you don't want to say that one too quickly...

On the character of leaders, check out Erwin McManus' Unstoppable Force...

Brett - we have a church up here that that SHOULD be the slogan for...

Love the post. If you haven't read Tony Dungy's new book, I would suggest giving it a go. It's a wonderful account of someone who epitomizes what strength of character is all about.

What really saddened me last night was watching how many Patriots fans were making light of the cheating incident with their signs and their hats. One fellow had a fake tv camera on his head and had written on it "in Belicheck we trust". It's just a reminder that leaders actions have consequences sometimes good sometimes bad and you can't escape the lasting effects that you bring about.

I found this video quite creative and amusing.

The Patriots have finally lost and it is the best game of the year! Bill walked off the field before the game was even finished! I could not be happier to see a team lose.

I also could not be happier for Eli Manning... what a great young man with such great character!

The Patriots are not the best team in the NFL, they are simply the worst team with an 18 win season.