Incomplete Ponderings of the Possibility of Schism 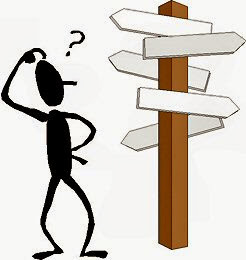 In the past year or so, the level of confusion in The United Methodist Church regarding sexual behavior, secular politics & ecclesial accountability has risen to new heights. In that time, we have seen relations between the evangelical side & the progressive side of the Church sink to new lows.

There have been several steps along this journey. The Church teaches, in union with the Church Universal over the centuries, that "the practice of homosexuality is incompatible with Christian teaching." (par 304.3)

The Church also teaches, "We affirm that all persons are individuals of sacred worth, created in the image of God." Even if someone chooses to engage in behavior which the Church deems sinful, they are loved by God & Christ's Holy Church. We cannot condone sin, obviously, but we love all people & offer grace to all. This is hardly news.

Many progressives hope to see the Church change its stance. I welcome the conversation, which can be a healthy one if facilitated properly. As the progressive regions (such as the Western & Northeast Jurisdictions) continue to decline, however, and evangelical areas (such as the Southeast Jurisdiction & Africa) continue to grow, the likelihood of change seems remote, barring a radical restructuring of the denomination (which failed miserably in 2012).

A few progressive schismatics have chosen disobedience to the Church in an effort to, presumably, force change. They have violated our covenant & our sacred ordination vows which call us "to proclaim the faith of the church and no other." Some pastors have been put on trial; some have lost their clergy credentials, others received what amounted to slaps on the wrist. Some bishops have refused to hold pastors accountable who violate church law. Almost every week, there seems another bold move by progressive activists eager to break covenant for the sake of their agenda. 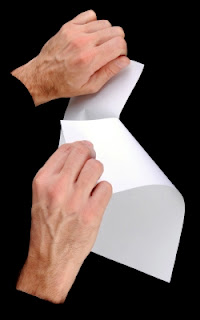 These acts of canonically criminal conduct (to borrow a phrase from a friend) have led some evangelical leaders in the Church to the conclusion that schism has already taken place & to ponder whether a formal separation would serve both sides better. This sad conclusion is being decried by many United Methodists as premature or even mean-spirited.


Two Biblical allusions come to mind. One, shared via Twitter by Pastor Drew McIntyre of the Western NC Conference, is the story of the prophet Hosea. Hosea was called by God to "take a wife of whoredom" to illustrate God's grace toward Israel even in the midst of their unfaithfulness. Though Hosea might have been justified in divorcing his promiscuous wife, he remained with her, in part to demonstrate God's abundant mercy. In Drew's allusion, the progressive schismatics are a whoring wife married to Hosea (the orthodox faction of the Church, or at least those faithful to our covenant). If Hosea did not dismiss his wife, neither should the orthodox dismiss the unfaithful progressives. (I apologize to Drew if I've pushed the analogy too far; I've sought to use it biblically.)

There are many (including many bishops) who urge the Church to remain united (almost) no matter what, stating that unity is greater than almost any differences.

The other biblical allusion that I've been pondering was shared with me by a pastor in my Conference (who has not publicly shared the idea, so whose name I will not share). In Genesis 11, the people were united...but not in a way pleasing to God. John Wesley viewed this story as a tale of disobedience; many today view it as an example of human arrogance. The united people were building a grand tower "to make a name for [them]selves". In other words, though they were united, they were acting in an unholy manner. They were bound by mutual unfaithfulness, not mission, submission or holiness. 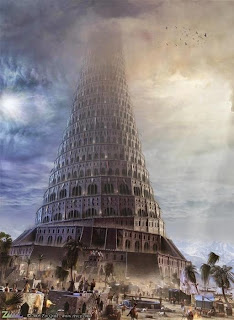 God reacts by breaking their unity, scattering them across the world. Wesley's notes teach that, "...if they continue as one...these children of men will swallow up the little remnant of God's children, therefore it is decreed they must not be one."  To the Lord, unity in sin seems abhorrent. Apparently, God would rather see disunity than solidarity if disobedience is necessary to achieve that state.

I am not advocating formal schism. My utmost prayer is that the progressives who have engaged in & who plan further schismatic behavior repent & endeavor to live in faithfulness to our covenant. But I am advocating that those who believe that nothing could possibly be worse than schism rethink that line of thought. There are worse things than splitting, as heartbreaking as that might be.

Though the example of Hosea is an inspiring one, and perhaps does have much to teach us in these days of great impatience, it may well be that unity is even more dishonorable. The stakes are high: the salvation of the world. I believe wholeheartedly that the Methodist movement is better equipped to be the hands of God in the world than any other branch of the Christian family tree & that Wesleyan theology is by far the most biblical option in the Church Universal. I believe that perhaps the finest days of Methodism are in our future, not our past. But it's possible that God may be on the cusp of bringing division in order to once again save a remnant, that the mission to make disciples of Jesus might continue on in faithfulness, holiness & true justice.

Thank you so much for your Ponderings. A voice of reason amidst the chaos. ~ Lisa

Thanks for the shout-out, Keith. I think the important distinction to make between our situation and Babel is that it is clearly Christ's will (John 17 and other places) that his flock be one - united under the one Shepherd, with one Lord, faith, and baptism. That isn't to saw we shouldn't be semper reformanda, of course. I suppose what saddens me, and this is where the Hosea image is important, is that we Methodists preach and sing beautifully of the patience, grace, and mercy of God, but show so little towards each other. Holiness and unity are not at odds, they are two of the four marks of the church - and we need them all. We can't choose one against the other. Thanks for this exchange.