"Let the same mind be in you that was in Christ Jesus,
who, though he was in the form of God,
did not regard equality with God as something to be exploited,
but emptied himself,
taking the form of a slave, being born in human likeness.
And being found in human form,
he humbled himself and became obedient to the point of death —
even death on a cross."
- Philippians 2:5-8 (NRSV) 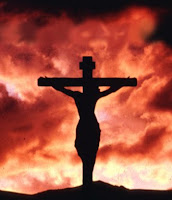 Sunday in worship, a congregation received a rather large family as visitors.

After the service, the family spoke with the pastor, explaining that they had been members of another neighborhood congregation but were looking for a new church home that would serve their needs. They proceeded to begin asking the pastor various questions about the ministry and life of her congregation.