The Dilution of the Rock & Roll Hall of Fame

When the Rock & Roll Hall of Fame began inducting artists in 1986 & 1987, it was obvious that the first to enter would be the "founding fathers (& mothers)", those who were most responsible for creating this wonderful music. It was easy to choose Chuck Berry, Elvis Presley, Aretha Franklin & others. They established the foundation upon which all others have built.

Once those originators were inducted, it was time to move on to other god-like figures who helped further the music & our culture - the Beatles, Bob Dylan, the Rolling Stones, etc. The list of the first 20 years of inductees (1986-2006) is a list of the greatest of greats. 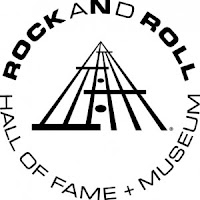 A curious thing happened after about 20 years of enjoying (for the most part) stellar choices for induction. In 2006, Miles Davis was inducted. A truly iconic jazz great, many fans wondered what impact Miles Davis actually had on rock & roll, if any at all. Two years later, Leonard Cohen, a fine songwriter, was inducted as an artist rather than as a non-performer, which seemed a puzzling decision, given that similar inductees such as Carole King were inducted as writers not as artists.

In 2010, things really began to baffle. For the first time, a class was inducted in which no induction was really necessary to tell the story of rock & roll. ABBA, Genesis, Jimmy Cliff, the Hollies & the Stooges were all fine artists who surely belong in any "Hall of Very Good", but none were as truly impactful as those inducted in the first 15 or 20 years of the Hall of Fame.

2011 saw the induction of perhaps the most unworthy class of all-time. Again, Alice Cooper, Neil Diamond, Dr. John & Tom Waits all had admirable careers, but, with the exception of the truly great Darlene Love (who should have been inducted decades ago), none forged a résumé or developed an influence anything close to those inducted in the Hall's first 20 (or so) years. I have been at the Hall of Fame in Cleveland & have watched the film of the inductees list, and I can say without hesitation that when this class was displayed, there was bewilderment.

Since then, each year has seen the induction of several artists who simply lack the cachet of earlier inductees. Guns n'Roses surely belong; was Laura Nyro necessary? Rush & Heart are fine bands; they are hardly Cream or the Who. Randy Newman & Donna Summer...fine careers, unnecessary inductions. The same is true for Hall & Oates, KISS (a fan favorite, admittedly), Cheap Trick, Chicago & Steve Miller. Of this year's class, Deep Purple may be worthy, but only NWA is a must.

I say this not disparage any of the above named artists, some of whom are among my favorites. But we have seen in recent years a dilution of the excellence of the Hall of Fame. At one time, it contained only immortals. Now, as my own generation prepares (one would think) to take over the induction process, it has been significantly watered down.

Some have said that the induction process is tainted by a desire to have a star-studded evening on induction night. I sincerely hope this is not the case. I hope that those responsible for the process are simply more responsible than that.

The truth is that rock & roll music is not the force it once was and the music made from (roughly) 1955-1970 serves as the high water mark for rock & roll. Great artists are simply not as plentiful as they once were.

I would rather see an induction night once every 3 or 5 years than further dilution of a Hall that should truly only contain immortals.

(For a complete list of inductees into the Rock & Roll Hall of Fame, go here.)