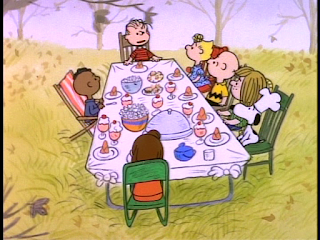 A "No Pharisee" Holiday

Each year, as the holiday season approaches, the Pharisees come out. 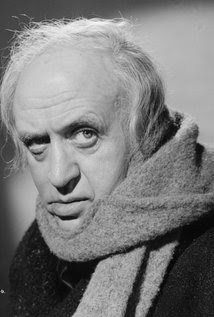 Many of them have been largely dormant since last year, but when the temperatures cool down, the Pharisees awake from their slumber and begin to spout their "holier-than-thou" platitudes about how the holidays ought to be celebrated.

I'm sure you've heard them:

"Stores shouldn't be open on Thanksgiving!"

"Christmas is too commercial!"

"I hate when someone wishes me 'Happy Holidays' instead of 'Merry Christmas'!"

"No one should listen to Christmas music till after Thanksgiving!"

In the Bible, Pharisees were folks - often well-meaning - who believed that they knew the only proper way to keep God's Law. Their interpretation of culture and faith were, in their minds, the only legitimate interpretation. Anyone who deviated from their views were condemned, often loudly.

Jesus came along with good news for the general population that the Pharisees too often majored on the minors. Many of the things which the Pharisees held of high importance and were often loudest about were minor at best. Jesus freed people to focus on things that really mattered, not the minutiae of Pharisaic arguments. 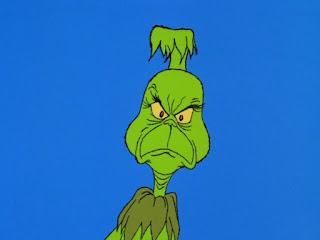 It's easy to see that in reference to the holidays, Pharisees abound in both Church and culture. Perhaps you are one or you've been one. I have, and I've repented!

I have a few simple suggestions to help us to avoid being Pharisaic at a time of year when people need to hear hope and positivity from the covenant people of God:

1) Before the "holiday season" proper, don't be angry about Halloween. It's harmless. Kids enjoy it. Have fun with it. It's not "the devil's day"; the devil does not get a day. Jesus alone is Lord. Smile, give out candy, let children know they're loved.

2) Good music is good music regardless of how old it is or when you listen to it. Don't be angry when you hear Christmas music before Thanksgiving. It makes people feel good; it makes people smile; it brings back lovely memories; it often puts people back in touch with the best parts of themselves. And, very often, it's well written, well performed music which also in some small way shares the gospel. Just enjoy it.

3) The American economy is in pretty bad shape. There are more people out of work today than ever before, and it doesn't look to get any better any time soon. Don't be angry about Black Friday, stores opening on Thanksgiving, or even stores beginning the shopping season early. Many businesses (and the people they employ) are desperate. If you don't want to shop, don't shop, but don't begrudge other people making money for their families at holiday time. Doctors, nurses, law enforcement and military personnel work on Thanksgiving, too, and their families adapt. Be thankful that in a less-than-robust economy, these persons have jobs.

4) Don't be angry if someone wishes you "Happy Holidays" or "Season's Greetings" instead of "Merry Christmas". It's not like they told you to stick it or flipped you the finger. They said something nice; respond politely. And if you wish to respond with "Merry Christmas", fine. Additionally, it should go without saying that disciples of Jesus don't really care how their coffee cups are decorated.

5) Finally, it's a wonderful time of year to witness to God's grace in Jesus. Don't blow it by being angry, nasty or mean. Always be polite, courteous, and helpful...with a smile. Perhaps your most powerful witness during this season is simply being positive and merry. Practice a little extra patience. Forgive a little easier. The King James translation of the Holy Bible contains a great word which may be helpful: be "longsuffering" at this time of year or, in the words of Bishop Thomas Bickerton, "Lighten up, loosen up and have a little fun."

We don't need more Pharisees in today's Church or today's culture. They're all around us.

It's a simple rule: don't be a jerk. If that simple lesson is all that we learn this year, it will have been a very fruitful, very merry holiday season.
at 12:00 PM No comments: