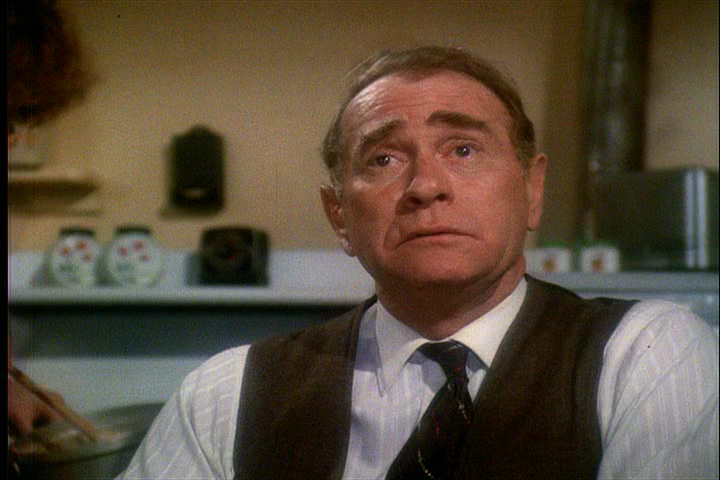 I can't believe that supermodel Becky O'Donahue got the boot from "American Idol" last night! Surely, she deserved to stay a few more weeks. Too, too bad. Bobby Bennett and Stevie Scott were locks to go, but Becky surprised me. The fact that I can't remember the name of the other guy who left speaks volumes about why he's gone; he was completely forgettable (and Simon Cowell said as much). Can't wait for next week, when, hopefully, my boy Taylor Hicks will shine.

This week, some of the competitors on American Idol were positively dreadful. Most were fair (or, in Randy Jackson's language, "aw-ight"). And that's too bad, because they all really ought to be taking it up a notch at this point in the competition.

So, here are my thoughts:

Going home tonight: Bobby Bennett (who sang "Copacabana") reminded me of the old Bill Murray sketch on "Saturday Night Live" in which Mr. Murray (one of history's funniest men) imitated a horrendously bad lounge singer (singing the theme to Star Wars, of all things). Terrible stuff; Bennett needs to go. If he does not, we have another Scott Savol phenomenon/disaster on our hands. Also going home will be opera singer Stevie Scott (the female Josh Grobin), who may actually have a good voice, but you'd never know that based on her performance this week. It was less than professional.

Those two are my locks to go home; after that, it's just a guess. Several singers failed to distinguish themselves. My hope is that sweet Kellie Pickler (whose performance of "How Far" I found exceedingly annoying, though not absolutely horrible) gets another shot, as well as supermodels Becky O'Donahue ("Because the Night") and Heather Cox ("When You Tell Me That You Love Me"). I fear that Kevin Covais ("One Last Cry") will go home, but I hope he remains, as this young singer (who looks like he could be the illegitimate son of Bill Gates) gave one of the week's better performances. I also worry that David Radford ("Crazy Little Thing Called Love") will go, because I disagreed with the judges and felt he did a fine job. I hope that Bucky Covington goes home; he was painful for both the ear and the eye.

The Best: Lisa Tucker is amazing. She could be the next Whitney Houston (I mean that as a compliment). Sixteen years old? Incredible poise for one so young. Paris Bennett is wonderful. She could record a Gospel album today and it would be great. Both Lisa and Paris captured the audience; they are not only wonderful singers, they are the best performers on the show. Mandisa Hundley (Heart's "Never") was very good, and I thought Ayla Brown ("Reflection") was quite good as well.

The real surprise for me was Katharine McPhee (Streisand's "Since I Fell For You"), who really challenged Lisa and Paris for the title of "Best Female Singer" in the competition. Her vocals were stunning, and she's cute as a button. If she learns to move a little more when she's singing, and become a performer and not just a fine singer, she could win it all.

Among the men, Taylor Hicks ("Levon") is my boy. Great, just great. A young, white, gray-haired bluesman. No one else in the competition seems to enjoy the music as much as Taylor. I hope he goes far and wins the title. Kevin Covais was good, and rocker Chris Daughtry ("Wanted Dead or Alive") did well. My twelve year old daughter is in love with Ace Young ("Father Figure"), and I think he'll go far. Elliott Yamin sang Stevie Wonder's "If You Really Love Me", which is a great song but I didn't feel a good choice; but Elliott can sing very well.

So, let's hope that Bobby and Stevie get the boot, with Bucky not far behind. And let's hope that Lisa, Paris, Katharine, Taylor, Kevin, and Chris do well, with Ace and Elliott surviving as well. I really hope the voters get it right.
at 7:53 AM 1 comment:

My favorite Study Bibles are:

I took an online quiz found here; I can't say that I'm surprised at the results.

You scored as Evangelical Holiness/Wesleyan.You are an evangelical in the Wesleyan tradition. You believe that God's grace enables you to choose to believe in him, even though you yourself are totally depraved. The gift of the Holy Spirit gives you assurance of your salvation, and he also enables you to live the life of obedience to which God has called us. You are influenced heavly by John Wesley and the Methodists.

Bryant Gumbel is not...has never been...a journalist. Folks like Gumbel or his Today Show buddies Katie Couric and Matt Lauer should never be considered journalists. They are entertainers...television personalities...professional celebrities. I don't mean that in a condescending manner...Gumbel, Lauer, and especially Couric are very good at what they do. They get the job done, and at times they do some reporting, some comedy, some gossip, and some cooking. There's nothing wrong with any of that...but they are no more journalists than President Bush is a Beatle; the President may admire the group, and even sometimes sing their songs in the shower, but he's not a member of the band.

So Gumbel's recent remarks about the Olympic Winter Games shouldn't be taken too seriously. He is not, after all, serious about anything other than entertaining. One need not be a member of Mensa to be a successful entertainer or a prominent personality. Gumbel proves this.

Were his remarks racist? Without question, yes. Were they idiotic? Certainly, they were...particularly in the light of Shani Davis' historic Gold Medal win. But Gumbel's not a serious man, and we shouldn't react as if he were.

The United Methodist Church has decided to cancel plans to hold its 2012 General Conference in Richmond, Virginia. Instead, the Conference will be held in Tampa, Florida. The reasoning? Richmond has a minor league baseball team called the "Braves", which UM leaders find offensive to Native Americans.

Now, I'm not a Native American. Americans of Scottish descent have, thankfully, not experienced a whole lot of persecution due to their ethnicity. I cannot fully understand what life is like or has been like for our Native American sisters and brothers. They have without question been treated unfairly at times.

But I think we have done a real disservice to the people of Richmond and the folks of the Virginia Conference. General Conference generates over $20 million for the host city, and good Richmond citizens are now simply denied that financial opportunity. It was also a wonderful opportunity for the UMs of that area to "show off" their ministry and highlight the many good things undoubtedly happening because of their faithfulness and hard work. That opportunity has been taken away.

Additionally, it is possible that the UMC could have used this event as an opportunity to explain why we have a problem with Native American-themed sports teams (a practice which the UMC officially considers to be a form of racism). That opportunity for witness and mission is now gone. It is unlikely now that the people of Richmond or perhaps the entire Commonwealth of Virginia will take seriously what the UMC has to say. A potentially powerful prophetic opportunity...a "kairos moment", to use the language of Paul Tillich...gone forever because the UMC wanted to make a political statement rather than engage in transformative ministry.

I'm sure that Tampa is beautiful and the UMs of that area will do a wonderful job hosting GC 2012. But it seems to me that we needed to go into Richmond and do ministry, and we've failed.

Some days, it isn't difficult to grasp why we are a denomination in decline. By rejecting the "Braves", we didn't show very much bravery.
at 12:43 PM 1 comment:

Richie Sambora must be the stupidest man alive...Michelle Kwan may be the most gracious and graceful athlete in American sports history...Bono still rocks.
at 5:54 PM No comments:

I'm learning a bit more and hope to be able to have some real content on this blog soon. Thanks to my wife...the world's most beautiful lady.
at 5:09 PM No comments:

This is my first post...my wife is an avid blogger, so she'll have to show me the ins and outs of all this. More later.
at 7:41 AM No comments: