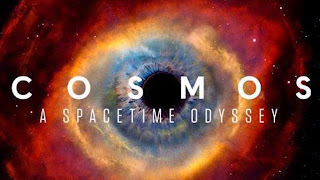 An update of Carl Sagan's classic program "Cosmos", the series told many historic stories from the perspective of mainstream science & gave viewers a little glimpse into how & why things work the way they do. As I said: in general, I enjoyed it. But there were two traits of the series which I found to be disturbing. The first was the implication that faith & science must always be at odds, and that those who rely on faith to inform their worldview are possibly backward, but certainly incorrect. While at times throughout history that analysis is certainly valid, it seems to me that Dr Tyson & the producers were attacking a narrow fundamentalist faith with little regard for or even awareness of broader faith movements which do not disregard science or history. That's not only unfair, it's also inaccurate. In other words, while Cosmos: A Spacetime Odyssey was at times a beautiful portrayal of science, it wasn't always great history. Accuracy matters. Equally disturbing was the implication that scientists are entitled to a more powerful voice in society than those in other fields. 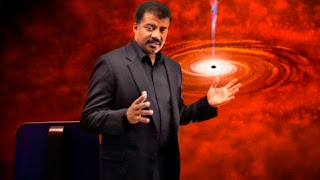 This was stressed throughout the series, but nowhere moreso than in episode 12, "The World Set Free". After previous episodes had demonstrated the folly of ignoring scientists, Dr Tyson & the producers claimed that runaway global warming could turn Earth into a second Venus & that society ought to simply do what scientists tell it to do in order to avert catastrophe. It may well be that Dr Tyson, the producers & other scientists are correct that human-driven climate change will result in the destruction of life on our planet. It is not my intention to argue the merits of that thesis here. But, even if scientists are correct in their theories, this does not grant them a voice more important than any other in society. Those who disagree with them are entitled to a voice and "a vote". Those who don't care about the issue are also entitled to maintain that view. In other words, scientists need to make their case & win the debate. Yes, there will be people with vested interests who will make opposing cases, sometimes with good intentions & sometimes perhaps even sharing inaccurate information...as Cosmos: A Spacetime Odyssey did regarding the faith vs science discussions. One of my all-time favorite movies is The Incredibles (2004).

Among the more interesting characters in the film is fashion designer Edna Mode, a strange cross between Edith Head & Yoko Ono. At one point, she is speaking with a superheroine who has just discovered some disturbing news about her husband, and is unsure about how to proceed. Edna Mode yells at the heroine what has become a favorite quote: "Go! Confront the problem! Fight! Win!" This is good advice for anyone interested in persuasion in American society. No one is entitled to a louder voice, regardless of their education, career trajectory, social status, wealth, behavior or even the righteousness of their cause. They must confront the problem, which is often that people disagree with one's proposals. They must make their case - over & over & over again, if necessary. They must in a civil manner oppose those who are in disagreement with the proposal. They must convince society (perhaps voters) that their cause is the right one. So, even if the opinion of scientists that human-driven climate change is real & it is disastrous is absolutely correct, that alone does not entitle scientists to gain a decision-making stature in the culture, any more than being correct about theology entitles Wesleyan clergy to a similar status in Church or society. Dr Tyson and his colleagues need to make their case & win the day. And while I generally enjoyed Cosmos: A Spacetime Odyssey, the (in my opinion) arrogant assumption that scientists are entitled to more power failed to win me over to their side. But I'm happy to continue to listen.
at 9:00 AM 3 comments: